Following the Revolt 400 and the Bajaj Chetak that were launched in August and October 2019 respectively, Ultraviolette, a Bangalore based EV company has introduced the F77 electric motorcycle in India today. The Ultraviolette will be available in three variants - Lightning, Shadow and Laser. The Ultraviolette F77 gets a 4.2kWh battery that offers a range between 130-150km depending on the riding mode that one opts for - Eco, Sport and Insane. The power is rated at 34PS at 2,250rpm with peak torque of 90Nm. This translates in a claimed 0-100kmph time of 7.5 seconds.

It will cost Rs 16 for a full charge, and given a 150km long-range, running cost could undercut Rs 1/km.

The prices for all the three variant will be between Rs 3-3.25 lakh on-road India.

Deliveries will commence in October 2020.

Extra batteries can be bought too.

Sales will begin in Bengaluru. All metros will follow. No timelines yet

The Laser is the more performance oriented variant with the accessories and features it has to offer. The fast charger charges the batter up to 80 per cent in 50 mins. There are three Charing solutions for the Ultraviolette F77. The portable fast charger fits in a conventional backpack and doesn’t need any specific carrying case. The class-leading power density of UV’s battery means the three batteries do the job of nine conventional lithium ion batteries of similar capacity. The claim to fame of Ultraviolette’s battery pack. Each Ultraviolette battery pack weighs 8.5kg. The F77 currently houses three of them.

The battery packs available wisely weren’t satisfactory enough for Ultraviolette in terms of their shock protection from an India standpoint and therefore the casing had to be reimagined for India. The connectors on the batteries are IP67 complaint. Each battery pack has its own LTE chip for the communication. Ultraviolette says that the ‘battery protection and safety’ has been pretty basic at the suppliers end and therefore the need to create their own safety and protection systems. Each battery in the F77 sends usage data to the cloud for Ultraviolette to monitor. Batteries are removable and Ultraviolette claims that these are designed from the ground-up. It even takes preventive maintenance into account and warns the rider of early on if an impending problem is detected.

The F77 features onboard diagnostics. The top speed and the torque delivery of the motorcycle can be set according to the rider.

The F77 gets connected features. Ultraviolette F77 has been unveiled. Ultraviolette has equipped the motorcycle with a reverse assist as well.

The motor is mated to a single reduction helical gearbox and uses a chain drive (14T - driver, 46T - driven) to deliver the power to the rear wheel.

Drivetrain has no moving parts. The unit is completely air-cooled. The bike uses a Trellis frame with a downward extended motor mount which is the stressed member. The modular battery pack, consisting of up to three lithium-ion batteries, is removable. These are the pillars Ultraviolette wants to build on. 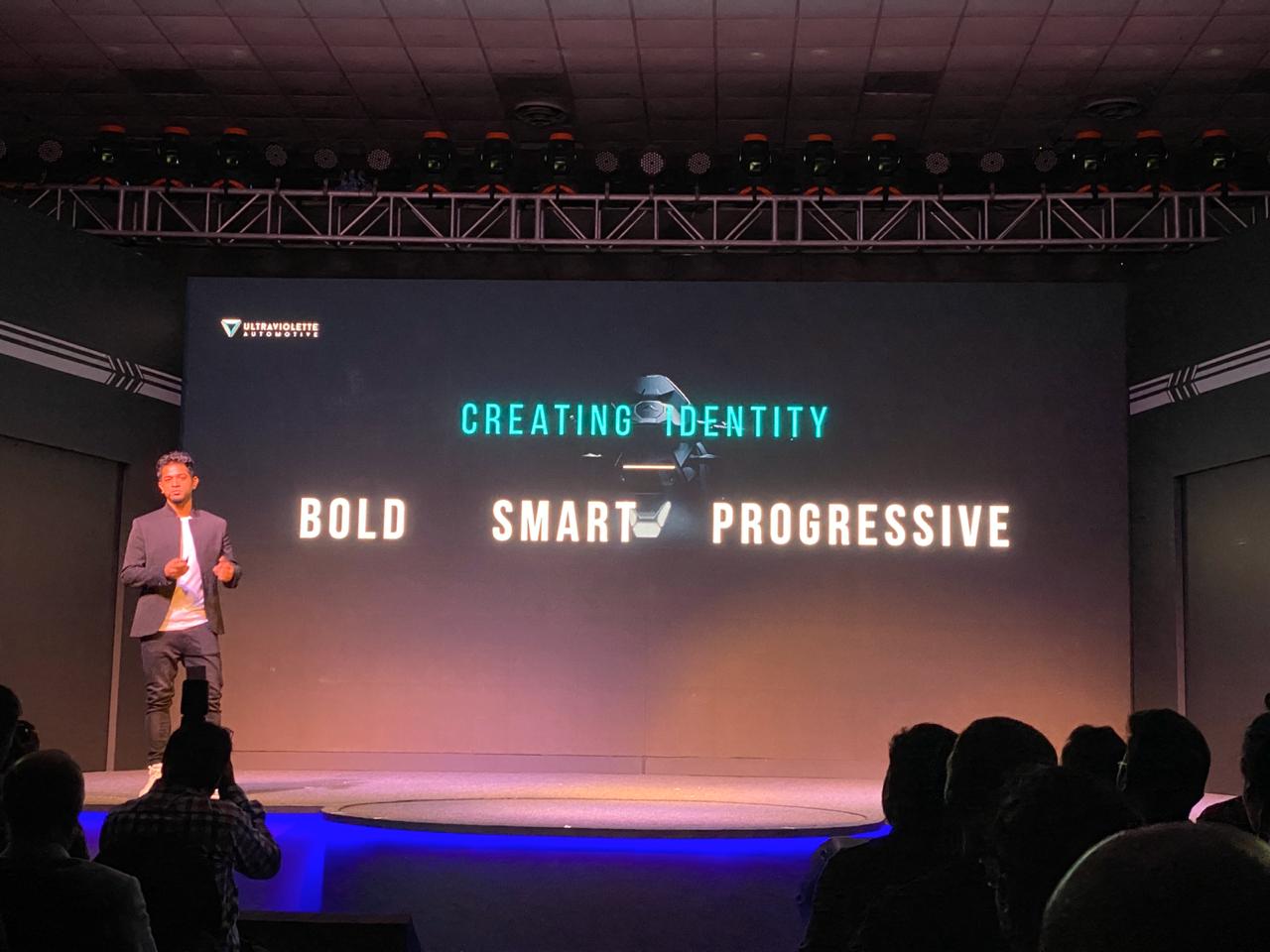