Naran Automotive, a UK-based automotive startup, is ready to launch its first car - a hypercar - by August this week. The name of the car is yet to be revealed (unless they are simply calling it Naran) Naran Automotive is teasing what the hypercar would look like. The front-end has a bit of a La Ferrari vibe with a sharp nose and all lines converging into a slim, low-set spine that also bisects two large air dams. The lighting elements upfront have C-shaped motifs, while the tail seems to characterised by slim lighting strips and a massive spoiler. 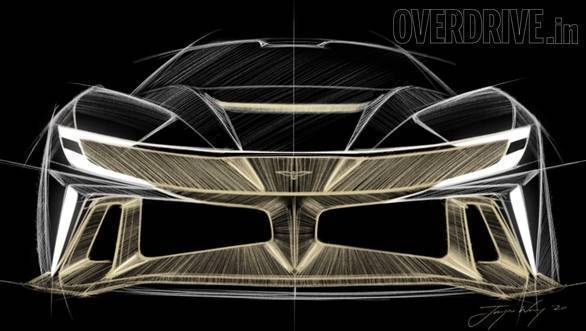 The Naran hypercar will be built on a front-mid engine layout and motivation will come from a 5.0l twin-turbo V8 with a claimed output of 1,050PS and 1,036Nm of torque, which is fed to all four wheels. What sounds equally outrageous is a 0-96kmph sprint time of 2.1s, 0-160kmph in 4.5s and a top speed in the range of 370-400kmph. The hypercar is likely to integrate Aston Martin Valkyrie-style venturi tunnels or some sort of underbody aerodynamics for generating around 450kg active downforce. The Naran hypercar will also make generous use of carbonfibre and natural flax to keep the weight around the 1,500kg mark.

Like most fast cars seeking performance validation by way of a Nordschleife lap record, the Naran hypercar intends to hit the Green Hell soon - in time for the car's August debut. Naran Automotive will build 108 units of the hypercar, out of which 13 have been spoken for already. The expected price of the Naran hypercar is beyond 1m. 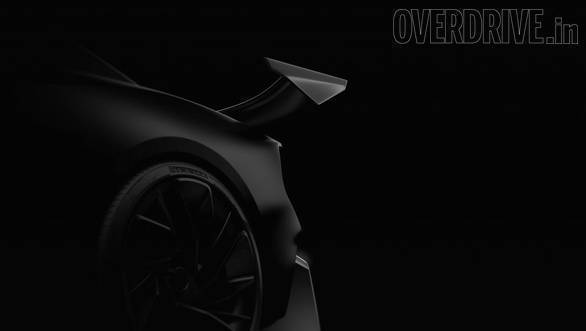 Who is Naran Automotive?

Naran Automotive is run by an Indian-Zimbabwean businessman Ameerh Naran. At a young age, Ameerh tried his hand at racing, but that career never took off due to lack of financing. But his first racing number, 108, dictates the limited number of units Naran will produce with its first hypercar. Taking advice from Ian Callum (director of design at Jaguar) and Adrian van Hooydonk (head of design at BMW), Ameerh studied industrial product and automotive design. However, his career changed paths and he ended up in a business of private jets, which over the years made him a successful businessman. That, in turn, allowed Ameerh to fuel his dream of birthing a car brand in Naran Automotive and the upcoming hypercar will be their first offering.

The team at Naran Automotive includes a former Jaguar Land Rover engineer, Steve Pegg, designer Jowyn Wong, who is known for his work on the Apollo IE and DeTomaso P72, and Kate Montgomery who is a materials designer tasked with ensuring bespoke materials and finishes for the hypercar's cabin.