As reported by ET, Sai Gridhar, secretary, Authorised Motor Vehicle Dealer Association (AMVDA), said, "We are writing to the minister informing him about the decision to stop sales of two-wheelers across the state till the decision is revoked. We want either the government to take back the decision or the manufacturer to provide us with helmets."

Dealers claim that providing free helmets will eat into their profit margins making it extremely difficult for them. They insist that either the government should lend support or the manufacturers themselves should provide helmets to compensate the burden of the additional costs.

In a telephonic conversation with ET, transport minister of Rajasthan, Yunus Khan said, "We may revise the decision of providing it "free", but dealers will have to provide two helmets whether they get it from the manufacturer or add to the cost. According to CMVA, the two-wheeler buyers should get five items along with the bike and the helmet is one of them. This is a matter of safety and cannot be compromised,"
Rajasthan is one of the strongest contributors in terms of two-wheeler sales as it amounts to 6.5 per cent of the total sales in India. The sales of two-wheelers are going through a hard time and the decision by dealers to suspend sales might affect the negative trend even further.

We spoke to few of the two-wheeler dealers in Rajasthan who claim that they have resumed sales and will be selling the helmets instead of giving them for 'free'. However the quality of these helmets definitely will be debatable. 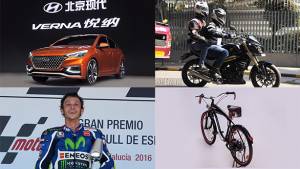