The history of Gulf Oil and motorsport goes back several years. It all began in the 1960s when the oil major promoted the brand with an association with motorsport. This included technical and financial sponsorship of motor racing teams. And it was an association so strong and so fruitful, that till today one simply cannot say the words "Le Mans" without immediately conjuring up images of orange and blue liveried cars roaring down Mulsanne straight. This year, Gulf's association with Le Mans turns fifty. And to celebrate this achievement, there are two blue and orange cars at the Circuit de la Sarthe. 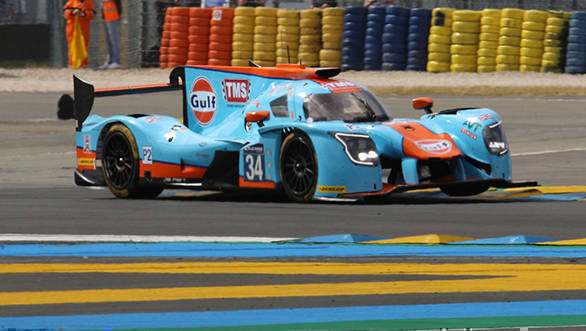 The first machine is the Gulf Racing team's Porsche 911 RSR GTE that will compete in the GTE Am class of the event. And what a machine it is! This particular blue and orange car comes powered by a 3.6-litre, flat 6 engine that produces 500+PS and is mated to a six-speed Porsche sequential gearbox. The aluminum & composite chassis is lightweight, which aids in the agility of the car. The double wishbone suspension has four way adjustable dampers that also help in improving the cornering abilities of the car.

The fine drivers getting to drive the Gulf-liveried GTE machine are Mike Wainwright, Ben Barker and Nick Foster. Mike is also the founder of the Gulf Racing Team, which was formed in 2011. While he made his motorsport debut fairly late in life, he has raced in a number of racing series, such as the 12 Hours of Sebring, the 24 Hours of Le Mans (where he did a fine job last year), Petit Le Mans, and the 6 Hours of Spa and Silverstone. Last year the team finished 33rd out of 60 starters, in their first ever attempt at the big race. It was quite an exciting time! Given the fact that Gulf Racing's Ben Barker is going to take to the wheel of the car once again, and given that Barker is known to be one fast driver, there is the possibility of an even better result this year. 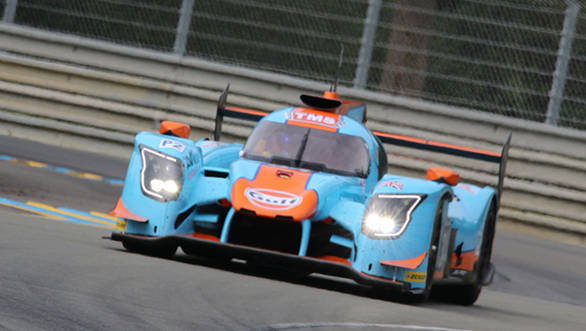 Gulf Oil will also partner the Tockwith Motorsport team, that's competing in the LMP2 class. The UK-based team has been racing since year 2000 and 17 years later, the team is all set to scale new heights. The team is competing in the entire European Le Mans series, the Asian Le Mans series and select rounds of the WEC. This, recently blue and orange team, has had a pretty successful run, so far and has recently won the Asian Le Mans series. Of course, part of the prize of winning the championship was gaining an entry into the 24 hours of Le Mans!

Tockwith Motorsport will race the Ligier JS P217 LMP2 car at the Le Mans, this year. The car is based on the Ligier chassis and is powered by a Gibson 428, V8 engine that displaces 4.2-litres and produces 600PS. It is mated to a Hewland transmission. 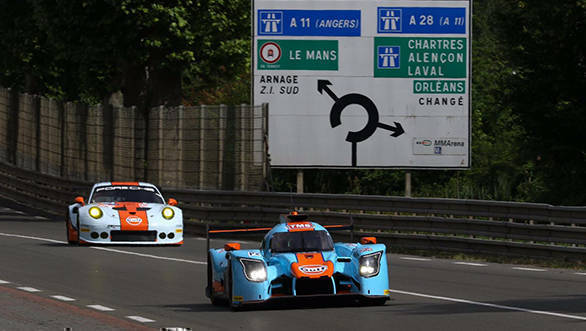 Nigel Moore, Phil Hanson and Indian driver, Karun Chandhok will race for Tockwith Motorsport at the Le Mans, this year. Moore has had quite an illustrious career so far, winning a number of races and has quite a lot of racing experience under his belt. Karun Chandhok has also proved himself with consistent performances in various forms of motorsport including Formula 1. But of course, it's his many years of experience at Le Mans that count in this particular case. And the team is hoping for a good show in 2017.

So there you have it - two Gulf-liveried cars. Two machines that will blaze up and down the circuit for 24 long hours, fighting to finish what really is the ultimate challenge in endurance racing. Can they do it? Watch this space for all the answers. 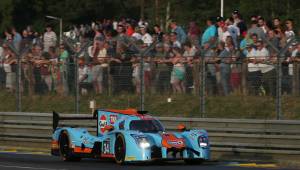 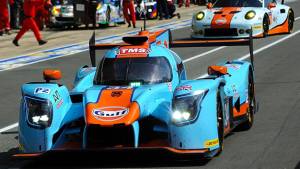