The third season of the TVS Zest 110 Himalayan Highs came to an end at a glittering ceremony in New Delhi, where the 12 gutsy riders interacted with members from the media and shared their experience of the 1,100km+ journey. 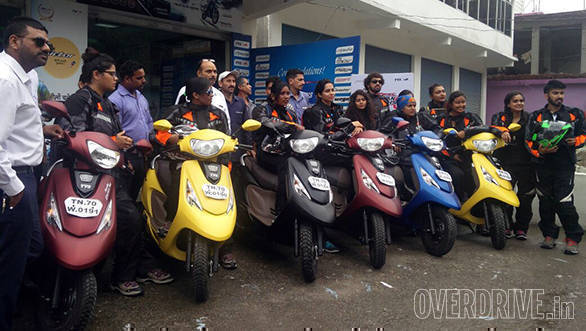 The 12 riders from the Himalayan Highs Season 3 collect their Scooty Zest 110 from Jalpa TVS in Mandi, Himachal Pradesh

This year, 10 girls and two boys set out from Mandi, in Himachal Pradesh on the humble TVS Zest 110 scooter, which is also among our list of favourite scooters in the country. For 2017, the scooter has received updates to conform to BS-IV emission norms as well as cosmetic changes that include a bright DRL, integrated into the front apron as well as set of new and rather fetching, matte colours for the bodywork. The scooters used were completely stock, except for a modified engine air-intake that was housed in the boot area, under the seat and dual purpose, on-off road tyres instead of the standard road tyres.

The route that was chalked out this year was much more gruelling than last year's and posed a tough challenge for both the riders as well as the machines. The plan was to ride to from Mandi to Leh, via Manali, Jispa, Sarchu, Pang, Tsokar and Hanle.

The 12 riders were chosen from various states in India and each came with a different set of riding skills as well as experience. Mumbai-based Shagufta Khan, for instance, barely rides a scooter while on the other hand, Baishali Nath owns a motorcycle repair shop in Assam and has participated in a competitive motorcycle rally as well. Then there's eighteen year old Milam Shah, the youngest participant who was blazing quick on the scooter. Bangalore-based architect, Andre Camara and Mohit Bharadwaj, an engineering student from Delhi were the two boys who joined the girls on this ride, thus breaking the stereotype that a scooter is only meant for girls. 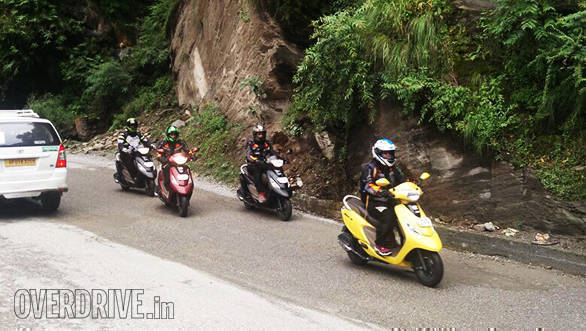 The ride from Mandi to the Solang valley was a rather smooth affair, and it also gave the riders a chance to familiarise themselves with the scooters. The next day, the riders rode to Jispa and on the way they faced quite a challenge at the mighty Rohtang Pass. It was quite cold and windy and on the descent to Koksar, the torrential rains made things worse. The slush and muck reduced grip levels and the cold made the hands and feet numb. With sheer grit and determination, the team surmounted the challenge and in a way, it also boosted the confidence of the girls. The general feeling was that if they could manage to tackle these challenges, they could take on anything that lies ahead.

Jispa to Sarchu was a short ride, but a few broken patches turned out to be a torture test for the little Zest's suspension. That said, the scooter held up quite well despite the punishment. The stretch between Sarchu to Pang was equally bad, especially the section between Lachulung La and Pang that's notorious for its non-existent roads and fine dust that gets thrown up by the vehicles that ply.

After a spending a moonlit night in Pang, the convoy rolled towards Tsokar via the famous More Plains and Debring, that's located at the end of the nearly 40km flat land. It's here where the riders got a chance wring the throttle to the max and go as fast as the possible. The rarified oxygen does rob the scooter of full power but, despite this, the little scooter managed to hold on to 80+kmph. After a quick Maggi halt at Debrig the riders set off for Tsokar, a lake with high levels of salinity, which explains the white sand like appearance on the banks as a result of water evaporation. 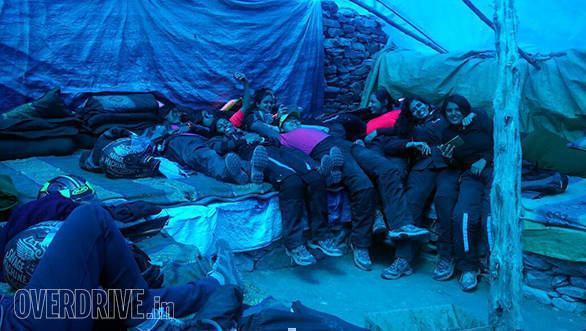 10 girls and two boys, all participants in the TVS Himalayan Highs Season 3 take a much needed breather at a dhaba in Bharatpur, after clawing past the formidable Baralacha La pass

The next day, the riders set off for Hanle, a picturesque valley, located around 270km from Leh. The route we chose was via Mahe, Nyoma and Loma. The region beyond Loma was a nature lover's paradise with a mix of flora and fauna that's exclusive to this region. Aashrya Suresh, a participant, was pretty excited about Hanle, as it figured on her bucket list of must visit destinations.

The mountains in this region have a distinct, purple colour and obvious as it may be, we were awestruck by the sights. There were also a number of sand dunes on the way to Hanle, and this is the only region in Ladakh where these are found.

About 30km before Hanle, after the Loma check post, we were greeted to a welcome unlike any other. The fertile flat lands of this region are home to herds of the Asiatic Wild Ass or Kiangs as they are popularly known. As we rolled past them, the entire herd would catch up and run alongside the convoy of TVS Scooty Zest 110s before crossing over to the other side of the road, barely a few feet ahead of the convoy leader. To witness a wild animal at such close proximity was a surreal experience in itself. 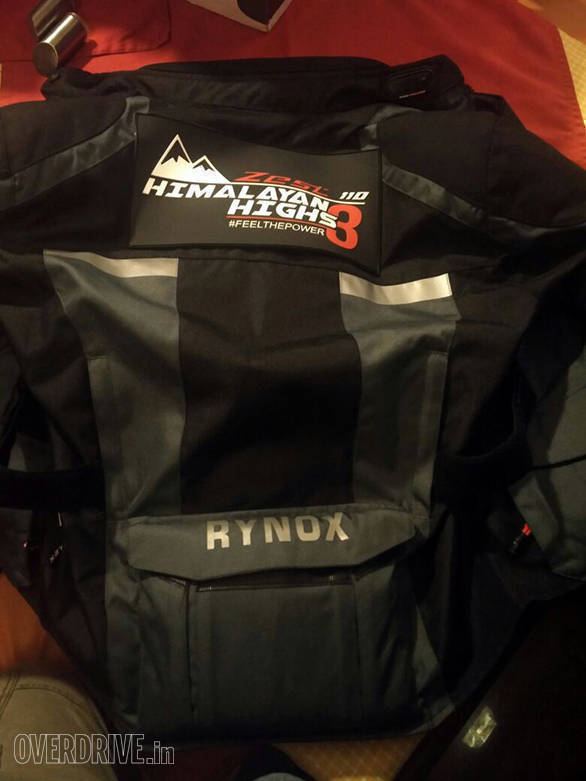 The next couple of days were spent in Hanle where the riders soaked in the pristine, natural beauty of the region. Hanle is also known as a stargazers paradise, for out of 356 nights in a year, it has clear skies for over 250 nights. The view of the milky way and a gazillion stars in the night sky was an unforgettable sight.

The next day's agenda was to ride from Hanle to Leh, covering a total distance of 270km, the longest so far. The highlight of the journey was riding along the Indus river that practically flows along the road, all the way up to Leh, after the Mahe check post. Riding for such a long distance was well beyond the comfort zone of most of the riders, but they worked as a team, egging each other to dig deep and finish the journey. As the convoy rolled into the hotel in Leh, a sense of euphoria took over. Everyone was seen congratulating and hugging each other for accomplishing a feat that they never knew was possible.

The next day was earmarked as a rest day, for the following day, the riders had just one more challenge left, to summit the mighty Khardung La. The roads upto South Pullu, the halfway mark to K-top were smooth and winding, with each of the riders reveling in the surefooted handling of the TVS Scooty Zests. From then on the road surface kept deteriorating all the way up to the top, and the final few kilometres were completely rocky. The lack of oxygen wasn't helping the riders as well as the scooters, and top speeds had dropped to 20kmph. It was only through sheer will that the riders managed to get to the top, amidst cheers from onlookers who couldn't believe their eyes that a humble, little scooter had managed to make it to the top. 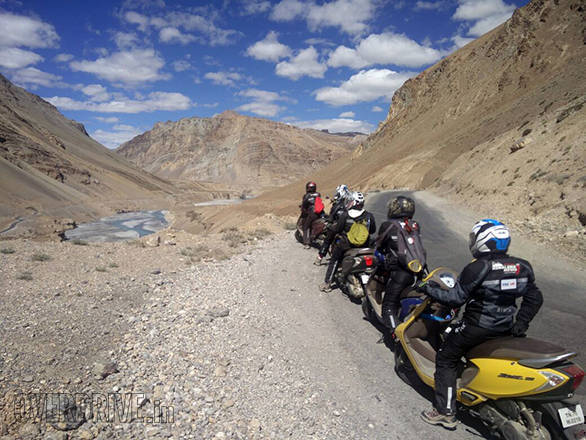 The riders get a good look at the peaks ahead, soon to begin climbing the Gata Loops!

Surmounting challenges and breaking stereotypes is what the riders of the TVS Himalayan Highs Season 3 did, throughout the journey. From Mandi to Khardung La, there were many people who stood surprised, watching girls ride in difficult terrain. The boys were not far behind too, showing others that a little scooter can also take on challenges that are usually considered possible by bigger capacity motorcycles. 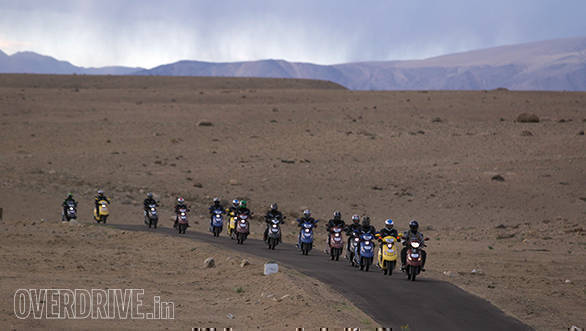 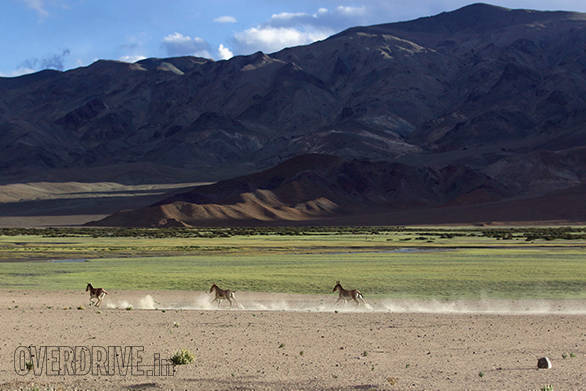 The Himalayan Wild Ass or Kijang, gave the riders plenty of thrills in Hanle!

But for most riders,such as Anjali Manoharan, Devaki P and Vineeta Lochab, the sense of personal achievement that the ride offered was unparalleled. They had to overcome personal hurdles to join the others and their sense of happiness was evident in the broad smiles they had , at the end of the journey. Ashwini Pawar, an actress, based out of Navi Mumbai, couldn't believe that she managed to ride to K-top, a destination that her father rode up to on a motorcycle, many years ago. Anjali Chaudhry, a financial expert had tears in her eyes, happy to have proven to the world that being a girl is not a handicap. Riya Roy, a passionate rider had set out to prove that girls from small towns, like Asansol, where she hails from, can dream big and achieve what they set out to. As far as the boys are concerned, they were extremely proud of what their woman team members had achieved. 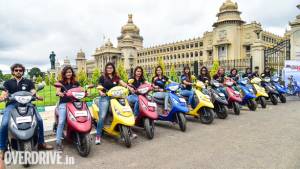