TVS Racing to debut the race version of the Ntorq scooter, the Ntorq SXR at INRC Nashik

TVS Motor Company's racing division, TVS Racing, will debut the race version of its Ntorq 125 scooter-the TVS Ntorq SXR at the fourth round of the Indian National Rally Championship 2018 in Nashik on the 25th and 26th of May. The scooter will be ridden by three-time National Championship winner Asif Ali and Shamim Khan at the event. 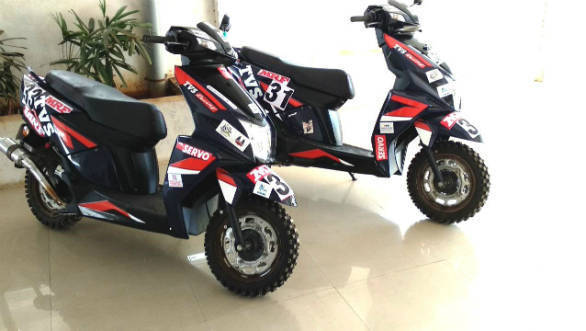 Differentiating the Ntorq SXR from the road-going scooter is a race-prepped version of the two-wheeler's 125cc, four-stroke, air-cooled, single cylinder, SOHC engine. The engine now makes more than 20PS, a substantial upgrade of the road-going scooter's 10PS. This gives the SXR a top speed of more than 120 kmph. Other changes include 12-inch knobby tyres with race-tuned hydraulic suspension, race-spec intake and exhaust systems and an optimized ignition system. 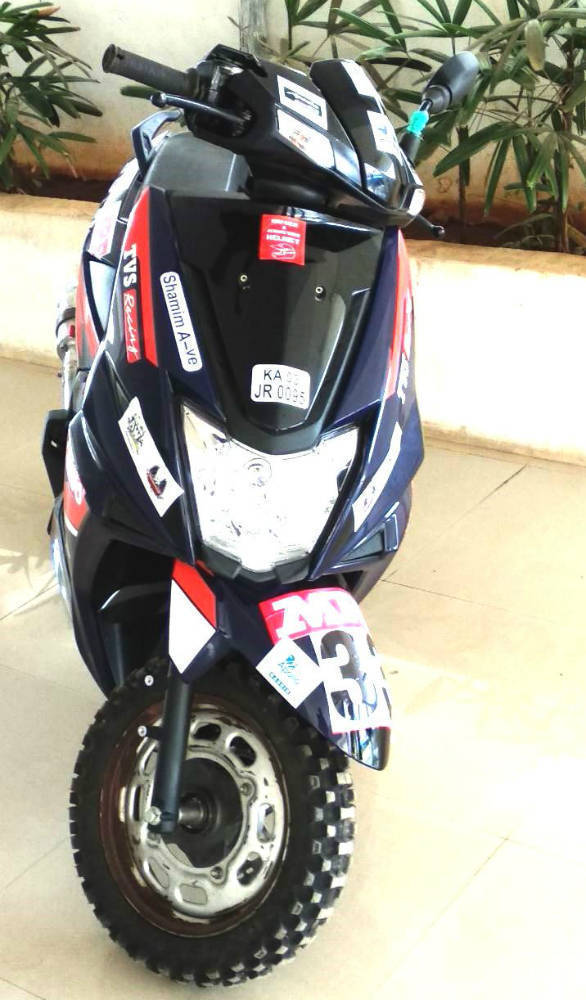