TVS Motor Company recently held its first event for the south chapter of the Apache owners group. The two-day ride was flagged off from a TVS dealership on April 6 at Bengaluru and
Coimbatore simultaneously before concluding on April 8 in Mysore. 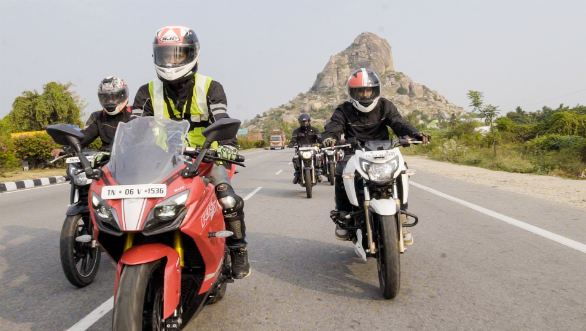 Over the course of the event over 150 Apache owners rode from cities like Bengaluru, Kochi, Coimbatore, Calicut, Chennai and Madurai to TVS' Mysore plant. Participants were given detailed factory tour to understand the manufacturing process it employs to build its Apache motorcycles. The company hoped the tour would also showcase the quality and testing standards adopted by TVS as part of the manufacturing process. This event's participants were owners of Apache RTR 160, 180, 200 and RR 310s. 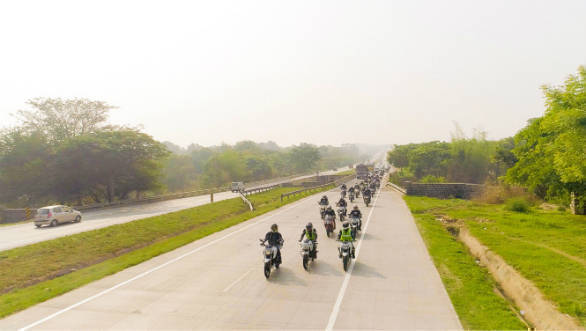 Apache owners group is a community of TVS Apache riders who share similar interests and has an active rider base of over 3,000 customers in 30 cities. This initiative is similar to communities set up by Bajaj for its Pulsar and Avenger owners as well as those by more premium manufacturers like Harley-Davidson and Ducati. 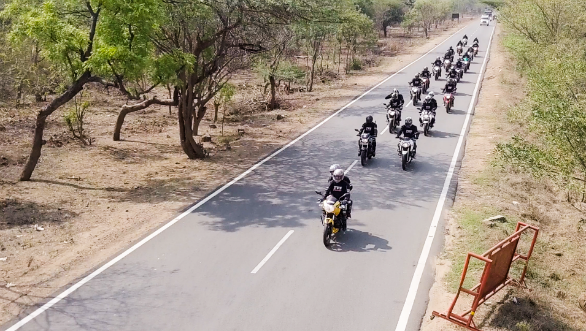 TVS has been on an aggressive footing lately, launching the new Apache RTR 160, the Apache RR 310 and the Ntorq scooter all in the last few months. Events such as this one will help it connect better with the new customers it is bringing into its fold.