Toyota Kirloskar Motor (TKM) has said it is likely to increase prices of all its models in India by 3 per cent from January 2018. The primary basis for this price-hike is a rise in input and freight costs towards the manufacture of the vehicles, Toyota said. If we calculate this hike on the Toyota model range in India, the base Toyota Fortuner 4x2 MT diesel will cost Rs81,000 more with the ex-showroom price going up from Rs 27.27 lakh to Rs 28.08 lakh. Toyota's range in the country includes the Etios Liva, Etios Cross, Platinum Etios, Corolla Altis, Camry, Innova Crysta, Fortuner, Land Cruiser and Prius. Toyota has also announced a finance scheme under the Remember December Campaign. Toyota is looking to increase its manufacturing commitment in India with a joint plan to develop electric vehicles with Suzuki. Toyota also recently unveiled the Toyota Rush SUV which may make it to India. 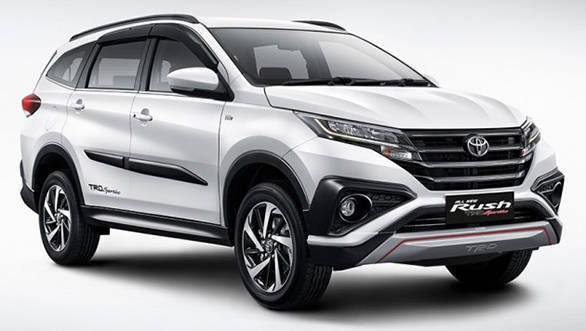 The much-anticipated 2018 in Indonesia

Here is the full press release from Toyota Kirloskar Motor:

December 7th, 2017 Bangalore: Toyota Kirloskar Motor likely to hike prices across its models by up to 3% from January 2018. The company considered the price rise after reviewing input and freight costs periodically, which is also a general industry phenomenon.

"There has been an increase in the cost of manufacturing of vehicles. Frequent fluctuation in the global commodity prices and foreign exchange rates have continued to impact our input costs, from both domestic as well as import fronts. Toyota has been absorbing the additional costs all this while, protecting the customers from price increase. However, due to the continued pressure of high costs, Toyota is considering a price increase of upto 3% across models with effect from Jan 2018.

To further enhance customer delight in the year end, we are offering bountiful offer under the Remember December Campaign for Toyota customers.

Under Remember December Campaign, our customers can avail attractive schemes like 100% on road financing, interest rates starting at 4.99%, special EMI package. It also comprises of benefits ranging from Rs 40,000-Rs 90,000 varying from model to model across regions, also including additional benefits for Government and Corporate Employees. All these offers are valid up to December 31st", as said by Toyota Kirloskar Motor spokesperson.