In 2015, Toyota set for itself six environmental challenges to be achieved by 2050. All of these were to reduce its environmental impact and ensure all its business activities would impact the environment positively. It's not a small promise - by no means is making sure your business brings about a positive change to the environment an easy task, especially for an automobile manufacturer. Yet, Toyota has deemed it the highest priority. It is one of the reasons why Toyota's portfolio is increasingly beginning to harbour hybrids, electric and fuel-cell vehicles.
At a recently held event in Toyota City, Aichi Prefecture in Yokohama, Japan, Toyota reaffirmed its commitment to reducing its global carbon footprint. Toyota's earliest efforts to develop eco-friendly vehicles dates back to 1968, though it was only in 1997 that its efforts bore fruit in the shape of the Prius. Over the years, Toyota intends to increase the ratio of environmentally friendly vehicles to all the vehicles it manufactures. As such Toyota's line-up of hybrids has increased considerably throughout the globe, spanning everything from compact cars to SUVs and commercial vehicles.

Presently, over 30 cars in Toyota's entire fleet are hybrid, including the world's first mass-produced fuel-cell vehicle, the Mirai. India already has the Camry hybrid and Prius. In the future, we are also expected to get more hybrid products, such as the Alphard a premium MPV (see story on page 20) and probably something in the Lexus line-up when the brand makes an appearance here.
Currently, Toyota is the largest seller of hybrid vehicles in the world having surpassed total sales of 9 million vehicles as of May 2016. By 2020, Toyota intends to sell nearly 15 million hybrid units. This has enormously reduced the strain on renewable resources. More work continues to be done to further reduce the manufacturer's impact through recycling as well. Currently, Toyota is working on increasing the amount of recyclable components it uses in its cars, including batteries.

Toyota also reiterated its commitment to passenger safety by launching the third year of its series of regional safety campaigns. This year the focus will be on seat belts. "Traffic safety is Toyota's top priority. We believe in contributing to achieving a society with zero traffic accident fatalities. Through our regional safety awareness campaign, we urge drivers and passengers to belt up to keep themselves and their families safe," said Hiroyuki Fukui, president of Toyota Motor Asia Pacific Pte Ltd, at the campaign launch event in Japan.

In India, Toyota has taken its responsibility towards safety very seriously. According to N Raja, director and senior vice president (sales and marketing), Toyota is the first brand in India to standardise dual front SRS airbags across all models and in all grades. Of course, initiatives like these helped the Toyota Etios achieve a four-star rating in the Global NCAP
crash test. 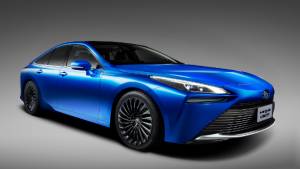 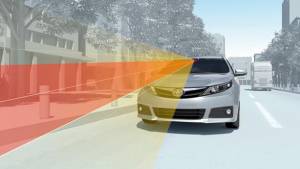 Toyota and Lexus to offer automated... 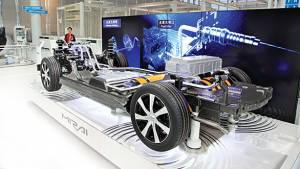