Up to 300 vehicles were charred in a fire that broke out in a parking lot at the Aero India Show 2019, Yelahanka Air Base in Bengaluru on Saturday. Toyota Kirloskar Motors has extended a helping hand to its customers who were affected in the blaze. The manufacturer has issued a special toll-free number, 180042500001 or 08066293001 for assistance. People who have completely lost their vehicles or for ones that got damaged in the incident, can avail help through the company's insurance arm that will be available from 08:30hrs at the incident site. The customers who need to avail of towing assistance or need to claim insurance will be put on a conference call with the concerned Bengaluru dealers customer relations. 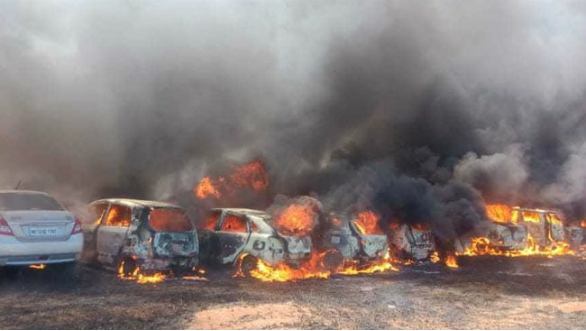 The officials have stated that a lit cigarette could be the cause of the fire that was disposed on the grass. The fire spread rapidly due to dry grass and strong winds, said senior police officer MN Reddi. The fire started at gate number 5 at around 11:55hrs and was brought under control within a few hours. "IAF immediately launched one helicopter for aerial assessment, the helicopter assisted by providing effective directions to fight the fire. The fire was brought under control by deploying more than 12 fire fighting vehicles," the statement said. The air show was indefinitely suspended and no planes took off from the airbase until the fire was completely doused. 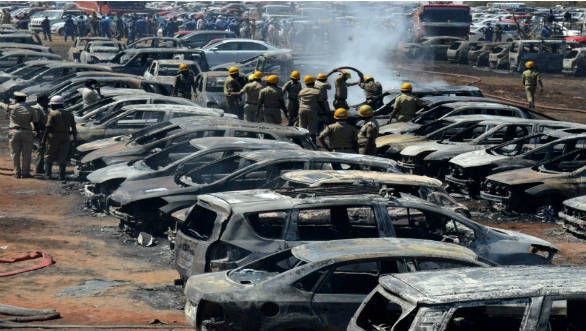 2019 Toyota Hiace MPV revealed, could be heading to India