Toyota Innova Hycross teased ahead of its global debut next month

The new Toyota Innova Hycross, which will debut in Indonesia in November, has received its first teaser. The next strong-hybrid MPV has been seen repeatedly testing in India and will be unveiled here shortly after making its debut elsewhere in the world. 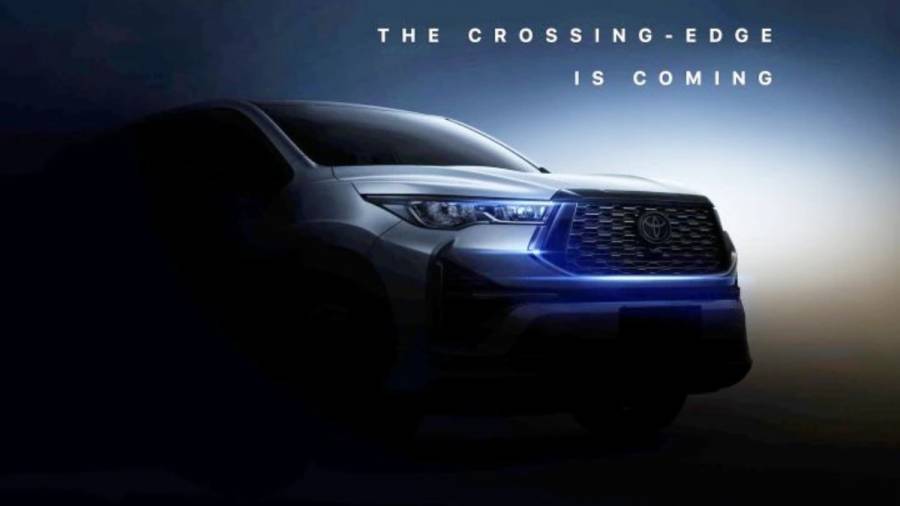 The front fascia design is seen in the teaser image, which has a wider hexagonal grille and more angular and aggressive-looking headlights on either side. These are anticipated to be LED devices with built-in daytime-operating LEDs. The front bumper is probably going to be reprofiled and get a new fog light housing, while the bonnet gets pronounced crease lines.

The engine is most likely a 2-litre powerful hybrid petrol engine with about 190 horsepower. An e-CVT 'box will be used to route power. And before you ask, a diesel engine will make the Innova Hycross skip. To reduce the cost of the entry-level model, there may be a base petrol engine option.

A revised feature list for the MPV is also anticipated, and it may now have a 360-degree camera and a more extensive infotainment system.

Toyota has already started testing the new Innova in India, and we anticipate that all the aforementioned alterations will also be applied to the model built specifically for that country. When it is introduced in the nation in the coming months, the Toyota Hycross will compete with the Kia Carens and Mahindra Marazzo