On May 2, 2016, the new Toyota Innova Crysta was launched in India at a starting price of Rs 13.83 lakh. Now, Toyota has revealed that its new MPV model has received more than 15,000 bookings in over two weeks. Interestingly, Toyota says that around 60 per cent of the Innova Crysta bookings are for the automatic trims. Toyota is offering the automatic transmission equipped Innova Crysta in GX and ZX trims which are priced at Rs 16 lakh and Rs 20.78 lakh, respectively. 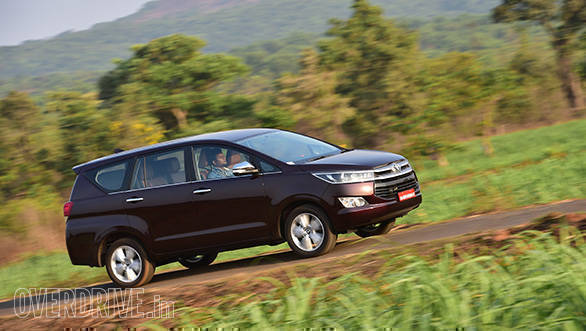 In terms of dimensions, the new Toyota Innova measures 4,735mm in length, 1,830mm in width and 1,795mm in height. On the features front, all trims get three airbags, ABS with EBD and brake assist as standard. The top ZX trims come equipped with seven airbags, vehicle stability control, hill-start assist control, engine start and stop button, 7-inch touchscreen audio system and an electronic release for the second-row tumble seat.