Toyota India receives over 10,000 bookings for the Fortuner

It's been only two months since the launch of the new Fortuner in India. But, it is turning to be as popular amongst SUV buyers as its predecessor. Toyota India says that it has received over 10,000 bookings for the new Fortuner. The manufacturer says that it has already delivered close to 5,000 units. Currently, the Fortuner has a waiting period of around two to three months across dealerships.

Toyota India also says that despite the Indian government's sudden demonetisation move, the Fortuner continued to receive buyer interest. The new Fortuner is available with an automatic transmission in both two wheel and four wheel drive variants. The company claims that two wheel as well as four wheel drive automatic variants are selling well. Also, over 60 per cent of all Fortuner units sold are in the Super White colour. 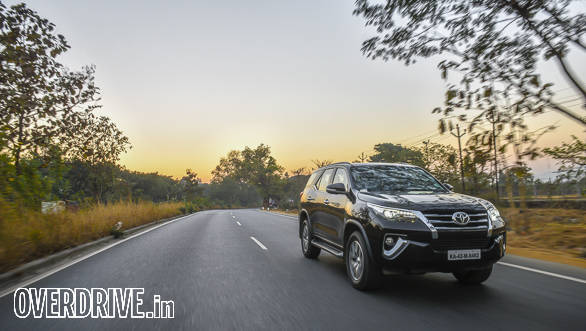 The Toyota Fortuner is powered by a 2.8-litre direct-injection, turbocharged diesel engine which makes 177PS and 420Nm of torque. The engine is offered with the choice of a 5-speed manual and a 6-speed automatic transmission. The automatic version makes a higher 450Nm of torque. It offers two drive modes to choose from - Eco and Power. The top trim comes equipped with dual beam LED headlamps, LED DRLs and tail lamps, second row with reach and recline adjustment, electric tailgate and seven airbags.