Toyota India puts Daihatsu plans on the back burner

If you were waiting for more affordable Toyota cars to come in courtesy Daihatsu, then your wait just got extended. On the preview night of the Tokyo Motor Show 2017, Toyota confirmed that plans of bringing Daihatsu to India are on hold for now. The reason is the recent Toyota-Suzuki alliance this February. Both the Japanese companies shook hands for a business partnership with respect to green cars, autonomous driving tech as well as mutual products, with the Indian market in their firm sight. Hiroyuki Fukui, managing officer of Toyota Motor Corporation said that given Suzuki's vast expertise in the small car market in India, it makes sense to leverage their know-how of cracking the code in India. He said that "Suzuki is the master of India and we have a lot to learn from them. The sale of their one car for example is equivalent to our annual sales number. They are the teacher and we are the student in India."

Suzuki's Indian arm, Maruti Suzuki commands a near 50 per cent of the car market share. It has small cars like the Maruti Alto 800, K10, Wagon R, Celerio, Ignis, Baleno, Swift, Dzire and Vitara Brezza in the sub-4m segment - a major sales driver. In the top 10 best selling cars each month, at least four Maruti vehicles are the top grossers. Toyota in the meanwhile has only the Kiva in the small car segment. Toyota India, however, is the segment leader with respect to sales of the Innova Crysta as well as the Fortuner. The Toyota Etios largely caters to the Ola and Uber taxi segments now, leaving a wide gap for a small car portfolio to fit in. It is expected that the collaboration with Suzuki should help fill this void and boost Toyota India's market share to at least 10 per cent. Daihatsu could have been the right candidate, however, the cost of getting in new platforms could be the hindrance plus pricing the models to be really competitive could be another part. 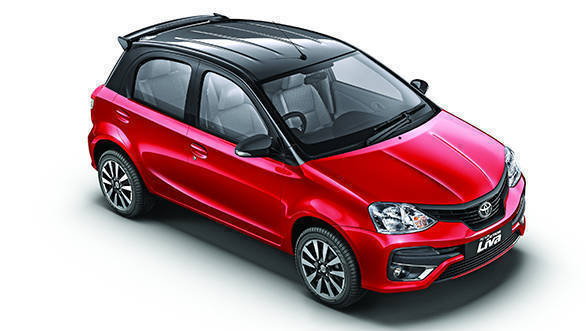 Fukui also mentioned that the company indeed is not averse to exploring smaller versions of the Toyota Fortuner and the Innova Crysta. He however refused to comment on the launch of the Toyota Rush in India. The Toyota Hilux pickup however isn't coming to India anytime soon. The success of the Isuzu D-Max doesn't seem to have buoyed the pickup market in India.

Toyota India recently stopped making the Camry hybrid citing the huge taxation imposed on the car. Sales went down by 73 per cent when compared with last year. The price of the Camry, on-road now stands at Rs 43 lakh, a figure at which customers could opt for premium brands like Mercedes-Benz, Audi or BMW. Toyota India, however, refused to comment on this. 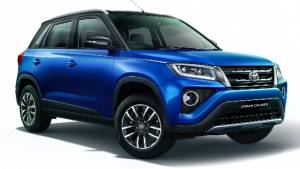