Toyota increases price for its cars in India

The depreciating rupee, expensive raw materials and other rising input costs have taken a toll on the automobile sector. Now, Toyota Kirloskar Motor, Toyota's Indian arm, has announced a hike in the prices of its key models by up to Rs 24,000 come September 21. This move is intended to partly offset the effects of the earlier mentioned reasons.

The Etios, Liva, Innova and Corolla Altis will be dearer by up to 1.5 percent. "Due to inflation, falling rupee and increase in the cost of materials, the company was forced to pass on the increase in cost to the customers," said a company statement. 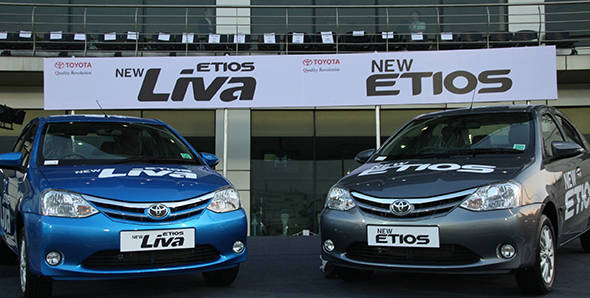 The depreciated rupee, expensive raw materials and other rising input costs have forced Toyota to take this decision

TKM is set to launch the new Innova and Fortuner within a few days. The company just recently launched Xclusive versions of the Liva and Etios as also the limited edition Innova.

The price hikes were first announced by the German luxury carmakers. Couple of months back, BMW raised the prices of its product range, including the Mini, by up to 5 percent. In July, Audi followed suit with a hike of up to 4 percent. Then came an announcement from Mercedes-Benz, hiking the prices of its entire model range in India by up to 4.5 percent to reduce impact of the bad economic condition. Around a week back, General Motors hiked prices by upto Rs 10,000 and Ford, by up to 5 percent.