Toyota has unveiled the production version of its first-ever battery electric vehicle, the Toyota bZ4x. The EV was previewed in concept form earlier this year and has been jointly developed by Toyota and Subaru, and is the first of its bZ electric sub-brand.

The Toyota bZ4x is based on the new eTNGA scalable EV architecture that puts a slim battery pack beneath the battery floor and forms part of the chassis. The 71.4 kWh lithium-ion battery, which Toyota says should deplete by around 10 per cent in 10 years or over 2.4 lakh km, is estimated to offer 450 km of WLTP range. It uses a heat pump for more efficient temperature control and can charge to 80 per cent in 30 minutes via a 150 kW DC fast charger. An 11 kW onboard AC charger will also be added in 2022. 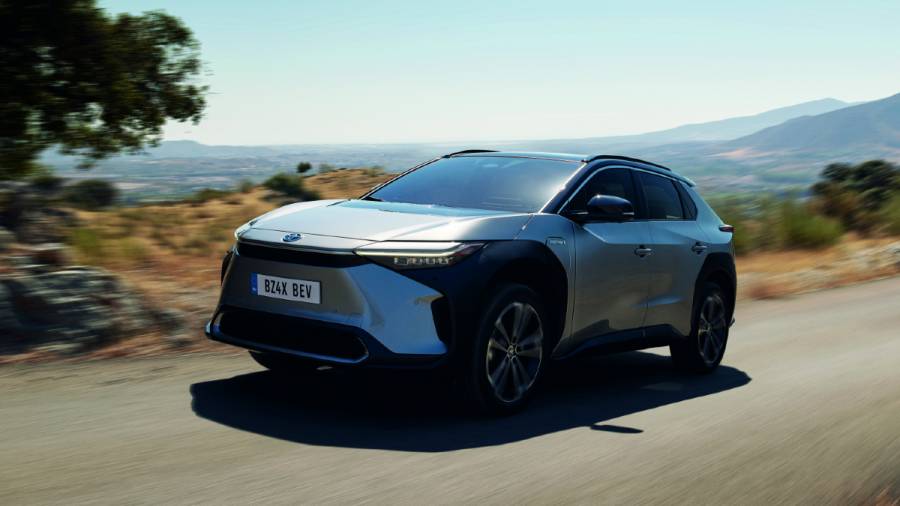 This battery powers a 207PS and 265 Nm electric motor in the front-wheel-drive version that gets the Toyota bZ4x from 0 to 100 kmph in 8.4s and reaches a 160 kmph top-speed. The AWD version makes 220PS and 336 Nm, good for 0 to 100 kmph in 7.7s. A new BEV all-wheel drive system has been developed in conjunction with Subaru for this which uses an 80 kW motor on each axle, offering off-road modes. The bZ4x also debuts a steer-by-wire system with no mechanical linkage between the steering wheel and the front wheels, this improves interior space management and refinement says Toyota. 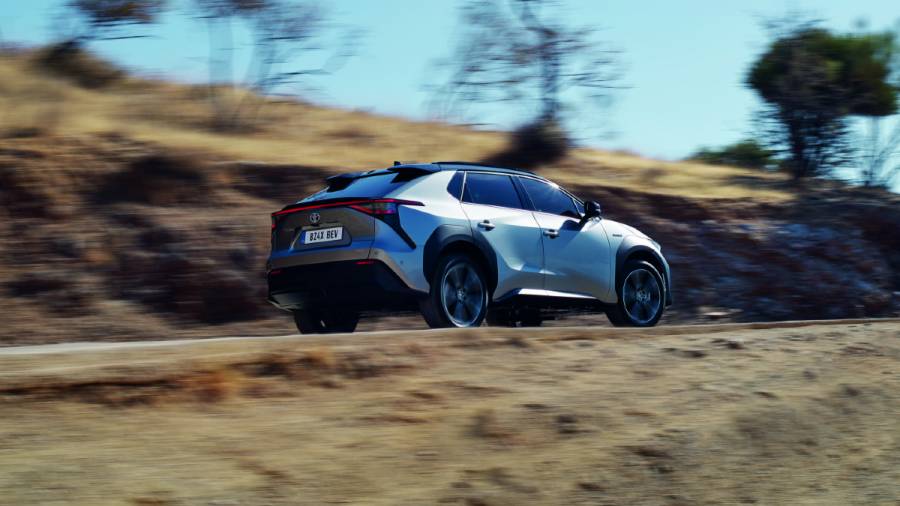 The Toyota bZ4x debuts a new design theme on its typically EV-oriented long wheelbase, short overhang stance. The bZ4x is 85mm lower than the similarly-sized RAV4, has a 160mm longer wheelbase and a 50mm lower bonnet line.  The styling stays true to the concept previewed earlier this year. With no grille to accommodate, the face is the most distinctive with its slim air inlet and lighting and the hammerhead styled fascia. large 20-inch wheels and wide bumper elements. The EV architecture with its low overall height, slim front pillars and low axle line bring with it a hunkered-down stance, enhanced by the large wheels and heavily styled elements along the edges of the SUV. A similar theme is followed at the rear, with the full-width taillamp. A solar panel roof can also be optioned which can harness enough power in a year to offer 1,800 km of driving. 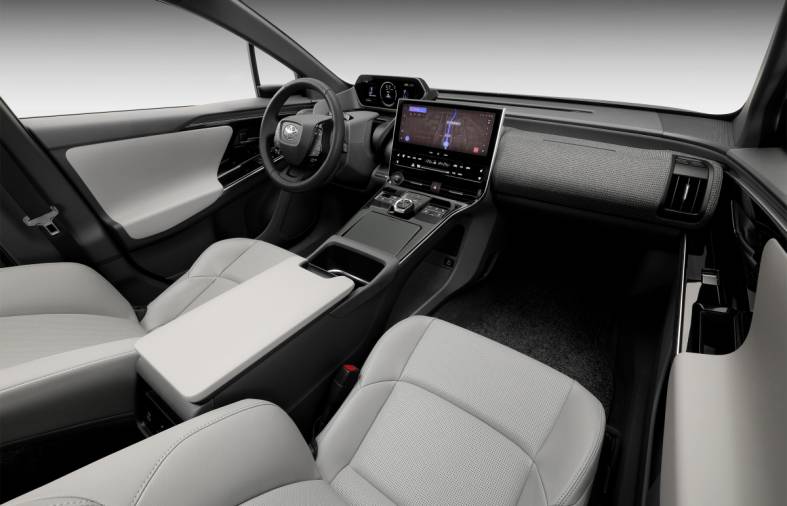 Toyota claims the interior space is equivalent to a D-segment sedan with the distinctive feature on the inside being the Tesla-like aircraft-style steering wheel. This is meant to improve visibility as is the high mounted 7-inch digital instrument cluster. The rest of the layout is quite reminiscent of other Toyota's but adds the firm's newest touchscreen interface larger screen and a more open layout done up in woven upholstery and stin finishes, to maximize the added space an EV offers.

The Toyota bZ4x will go sale in Europe in December. There is still no word on an India debut but the bZ4x can fit into a space above the Fortuner in the India line-up, undercutting the more expensive luxury EV SUVs already on sale here. 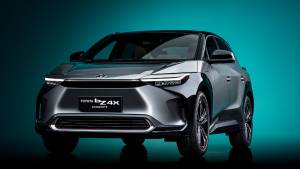