The Tata Tiago, launched in 2016, has achieved a significant production milestone of three lakh units. The Tiago hatchback can be seen as the car that brought Tata back into the volumes game, now singularly accounting for over 40 per cent of Tata's passenger car business sales. The Tiago, which recently underwent a facelift and a trim of its powertrain lineup for the BSVI-era to petrol power only, frequently features in the top selling cars in India. In fact, its sales figures from the last month indicate it is in the top five selling hatchbacks in the country. 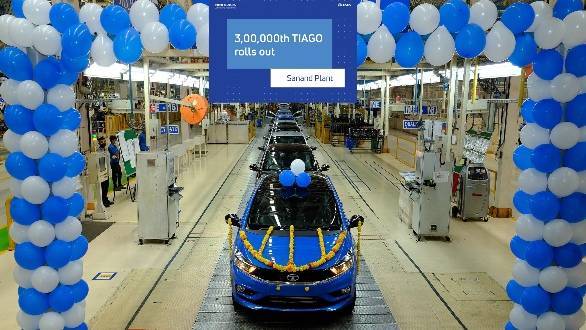 The Tiago facelift seems to have brought a fillip to sales, showing a near 90 per cent growth over the same period last year. The facelifted Tiago features sharper styling, with the Tata signature 'humanity line' occupying pride of place at the front of the car. A raised hood lip is also in line with upcoming pedestrian safety laws, while changes at the rear are limited to a redesigned bumper and tail lights. Upgrades inside are highlighted by a switch to digital instrumentation, and new upholstery design options. The sole engine to continue on is the 1.2-litre, three-cylinder naturally-aspirated petrol, with 86PS and 113Nm of torque. This engine can be paired with a five-speed manual gearbox, or an AMT. 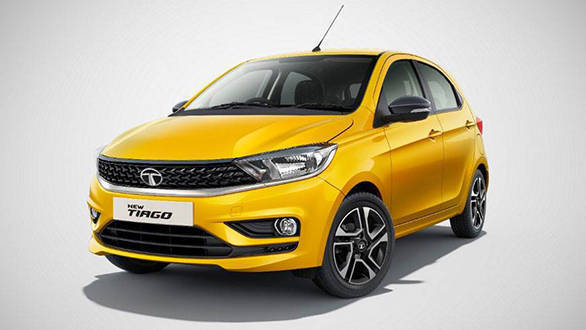 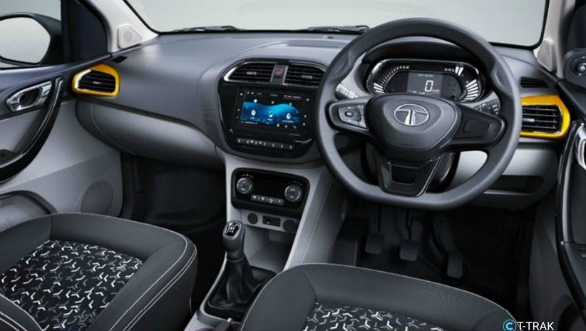 Notably, the Tata Tiago has received a four-star global NCAP rating making it one of the most highly safety-rated small hatchbacks on sale. Safety features on the Tiago include two airbags as standard, ABS with EBD, corner stability control and rear parking sensors. Prices for the 2020 Tata Tiago start at Rs 4.69 lakh and go up to Rs 6.73 lakh, ex-showroom. 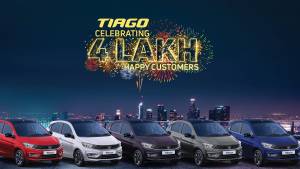