The Suzuka 8 Hours is an event of epic proportions - the sort of event that makes the motorcycle enthusiast weak in the knees. It is a feat of endurance and precision, demanding attention and concentration aplenty from riders. And given that it has happened every year since 1978, there's no surprise that it has garnered the sort of fan following that it has. However, the format of the race is so very demanding that it really isn't for everybody. And thus, for the first time ever, a condensed version of the event has been put in place - the Suzuka 2-Hour Endurance race. The race doesn't feature Superbikes, instead it features Honda CBR250s and a whopping 70 motorcycles have confirmed their participation in the event. 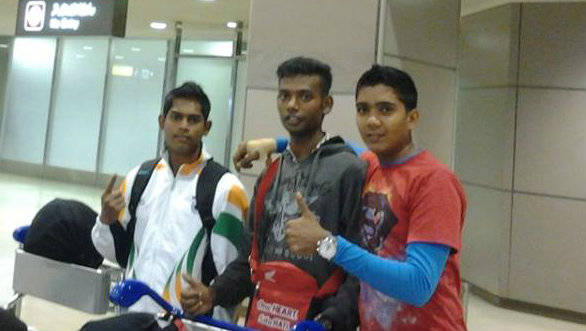 For the event, Sarath and A Prabhu team up as Team India, while Sumit Lucas Toppo teams up with Syunya Mori to form Team Japan/India.