The new base Bonneville is called the Street Twin. It looks smaller than the current one and just a hint more modern with a more waisted look where the narrower back of the new fuel tank meets a narrower front of a new seat. Sargent (the renowned seat maker) confirmed that the seat is marginally lower than the outgoing model as well. 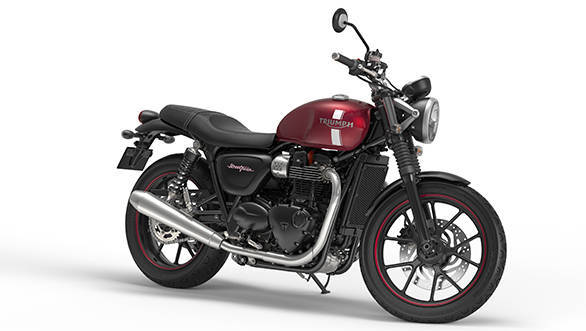 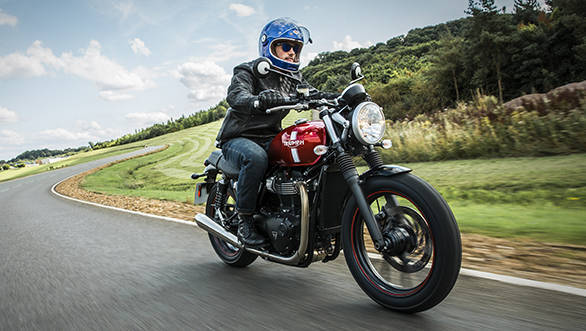 The Street Twin, to us, will be the star of sales in the 2016 Triumph range. We haven't ridden one but we did get to sit on it. It felt compact, light and approachable 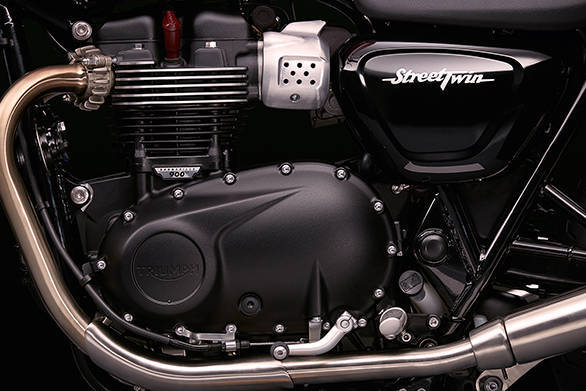 The Street Twin is the most affordable of the 2016 Triumph Bonneville range. It features a brand new 900cc parallel twin that is now liquid-cooled 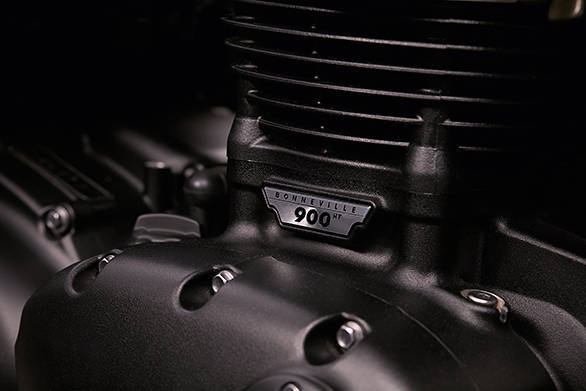 Triumph has cleaned up the finish on the engine and engine cases and as a result, the Street Twin looks classier than the outgoing Bonnie by a mile 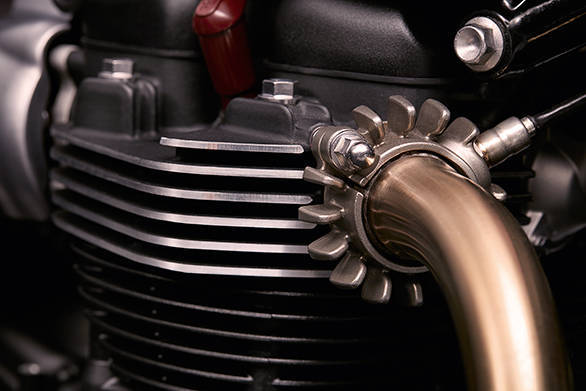 The finning is subtly different from the outgoing engine on the 2016 Triumph Bonneville. Triumph also paid a lot of attention to the routing of the exhaust - the previous generation had a distinctive kink that is now gone 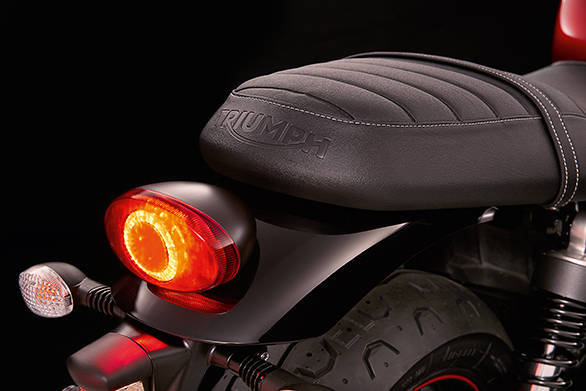 Triumph are upgrading all the 2016 Bonnevilles to LED tail lamps. The Street Twin for instance, gets this new unit with its unique pattern. Also note the seat which is similar in silhouette to the outgoing motorcycle's but marginally lower in height and, Triumph claim, a lot more comfy

The new engine is a 900cc parallel twin with the signature 270° firing order. It makes 80Nm of peak torque at 3,200rpm. That is not only about 20 per cent more but the outgoing model also peaked at 5,500 rpm whereas the torque peak is significantly early now. Triumph didn't discuss the engine in detail but we know that the 900 is the only engine that uses a single throttle body and that's why the brushed covers of the Street Twin don't have a pair of 'fake' carburettors showing. 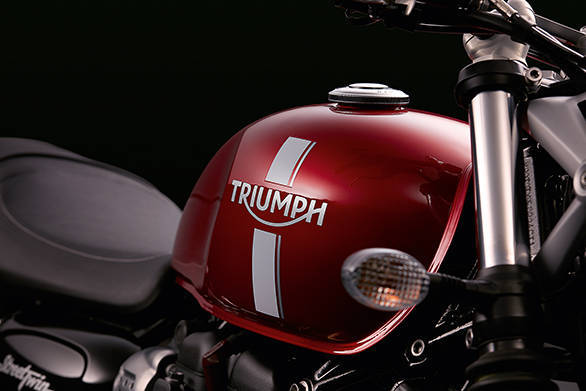 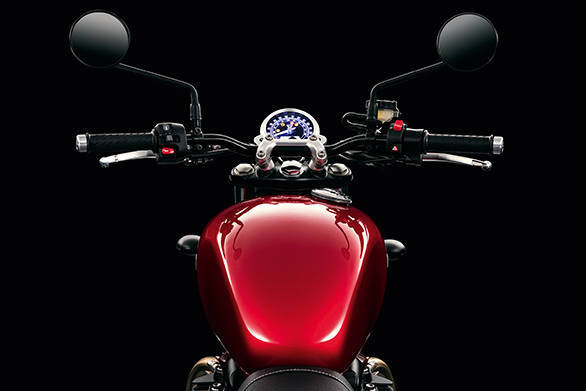 The new 2016 Triumph Street Twin's tank narrows towards the rider. The front of the seat is narrower as well to allow new riders to get their feet down firmly and gain confidence. Note single pod meter - this is specific to the Street Twin 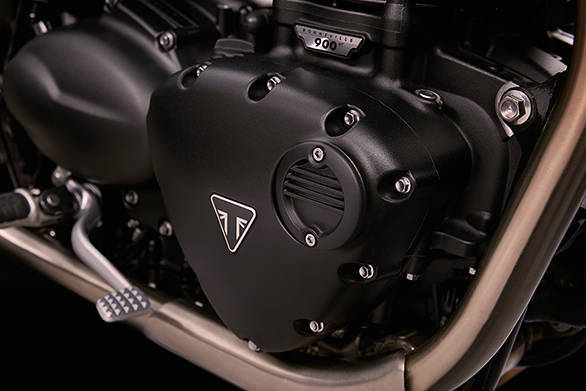 The new 2016 Triumph Bonnevilles have detailed inspection covers and Triumph also intend to sell alternative designs in their accessories catalogue. Note the black, brushed finish cases - only on the Street Twin and the T120 Black

In the wonderful acoustics of the hangar we were in, the motorcycle sounded terrific (and practically anything would, to be honest). The bike felt smaller and more friendly and I suspect that it will be even easier to ride than the current base Bonnie, which is terrific. Triumph has added ride-by-wire, traction control and ABS to the Bonneville's specification, which is again terrific. Also new is a slip-assist clutch which makes clutch effort lighter, a USB charging socket in the headstock, engine immobiliser, LED tail light, smart new switchgear and a single dial that shows everything via an included LCD screen. 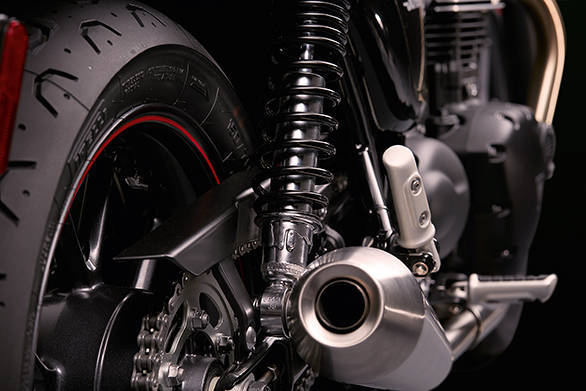 The T120 gets a slightly upswept exhaust that blends retro and modern very nicely. Note simple but effective peg design as well as the preload adjustable rear shocks. Also note the only bike in the 2016 range that comes with alloy wheels 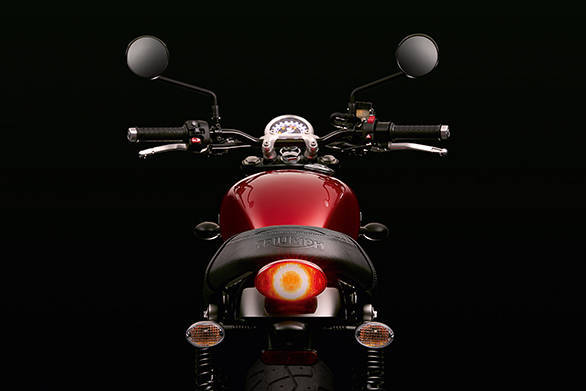 Like the outgoing base Bonneville, the 2016 Triumph is a compact looking and feeling motorcycle that belies its 900cc engine or torque output. That's great news for new riders 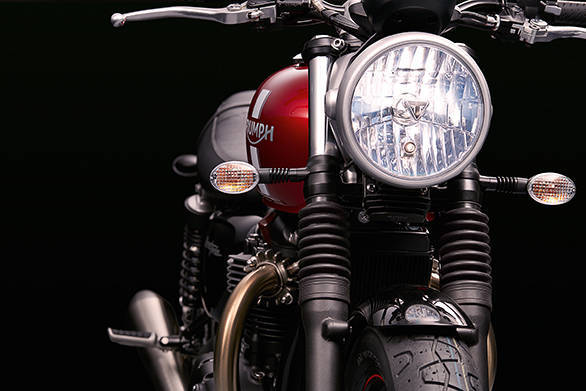 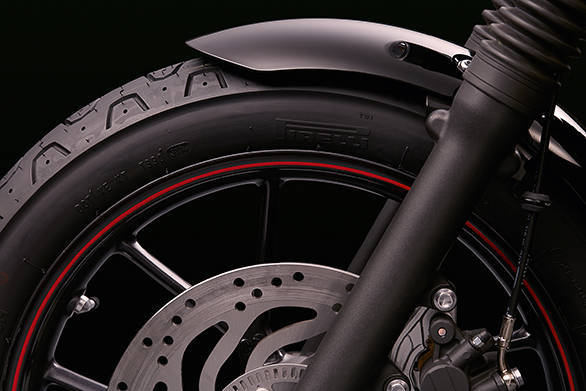 The 2016 Triumph Bonneville Street Twin wears alloy wheels, has ABS and traction control and modern, but retro-looking rubber too 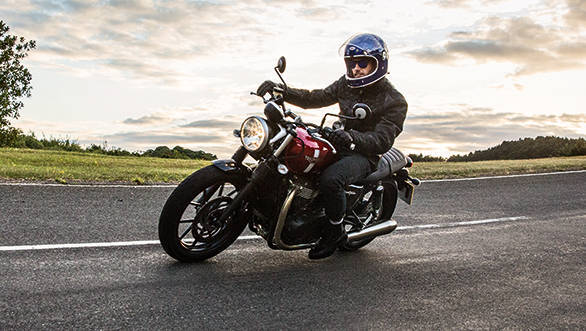 Triumph say the 2016 Bonneville range, including the Street Twin are all more supple than the outgoing bike, ride quality wise, and handling is neater and friendlier as well 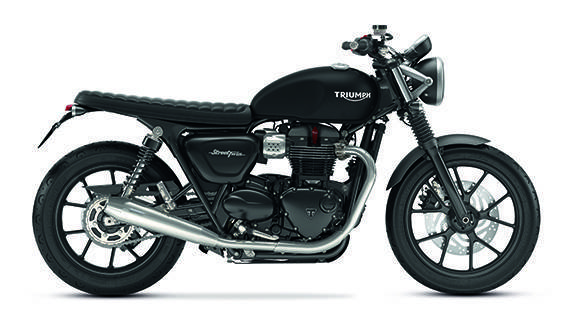 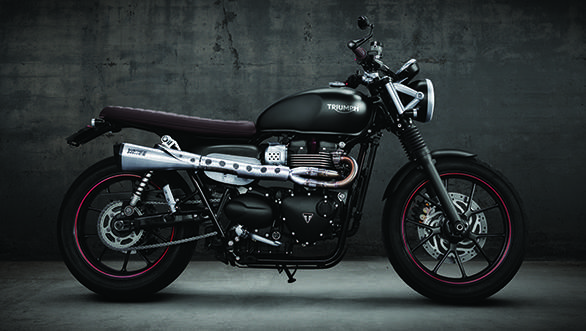 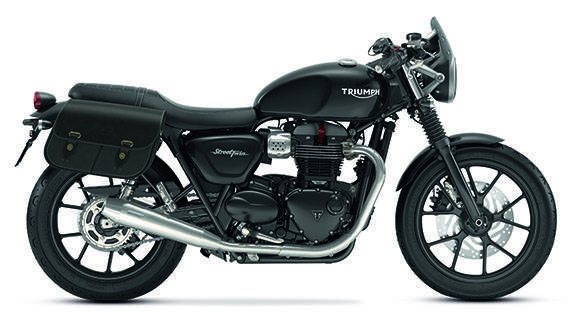 I suspect that this bump in spec and engine size will support an upward price creep which I'm hoping against hope doesn't happen. The base Bonnie has a good price right now and a price slightly lower would be brilliant.

Personally, this was - before I get to ride them all - my personal favourite of the range. I think the Thruxton will remain a tiny niche above with great visual appeal but it will be hard to ride. The T120 is also a more specific flavour that retro-enthusiasts will like. It is the Street Twin, though, that will be popular. It has that retro look but clearly it is a versatile (and more powerful) naked motorcycle that will happily do so many things for the rider whether it be touring or commuting.

More on the 2016 Triumph Bonnevilles: 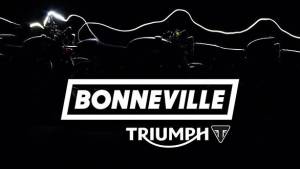 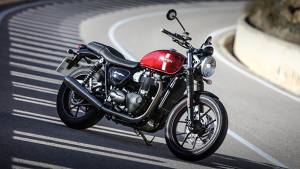 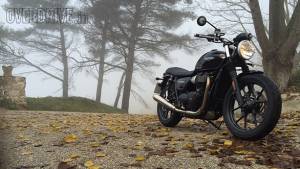