As a test of the Range Rover's off-roading and hybrid capability, a three-car convoy of the all-new Range Rover Hybrids is on a 16,000km drive through 12 countries across Europe, Russia and Asia. A convoy of three Range Rover Hybrids started from Solihull, England, on August 22 and will visit France, Belgium, Germany, Poland, Ukraine, Russia, Uzbekistan, Kyrgyztan, China and Nepal before their final stop in Mumbai, India on October 15. 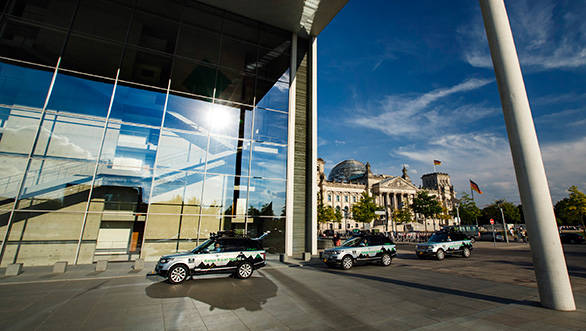 The event is called the Range Rover Silk Trail 2013 since the hybrids will be taking a popular route from Europe to Asia that thousands of people have traversed over centuries.

During the development of the Asian and European civilisations, ancient Chinese silk trade was a very lucrative business and merchants traveled this distance regularly. Hence the name Silk Trail. The journey from Europe to Asia has already reached the half-way point with the convoy already in Uzbekistan. The rest of the journey would include several weeks to complete with some sticky desert terrain, lofty mountain passes and mighty rivers to span on the way. The Range Rover team plans to complete this journey in 53 days. The Silk trail is the final test for the Hybrid before it enters production; it is likely to be launched early next year. 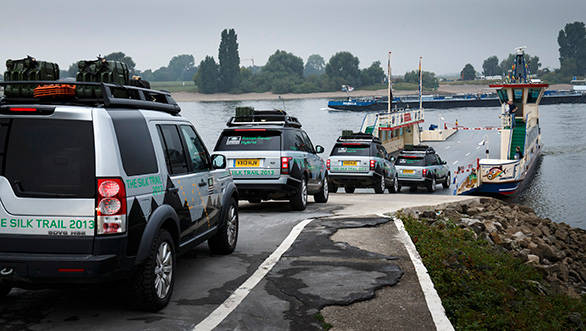 Despite the varied terrain and temperatures, the convoy has only so far faced one cracked windscreen and four punctures. With 29 days left to reach Mumbai, the convoy will now make its way through the deserts, highlands and lowlands of Kyrgyzstan and China. The expedition is due to enter Kyrgyzstan, the 11th of 14 countries on the Silk Trail 2013 route, sometime this week. 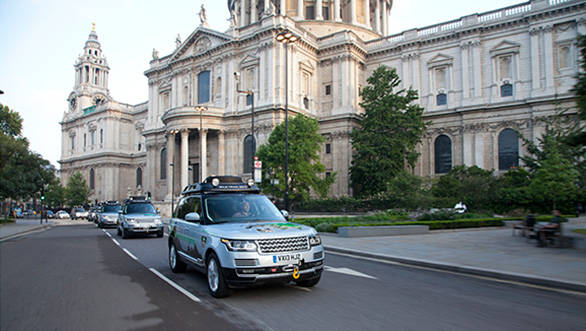 Combining a 35kW electric motor producing 170 Nm and a 3-litre SDV6 diesel engine with an 8-speed ZF automatic transmission, total output for the new hybrids stands at 340PS at 4,000rpm and a class-leading 700Nm torque between 1,500-3,000rpm. 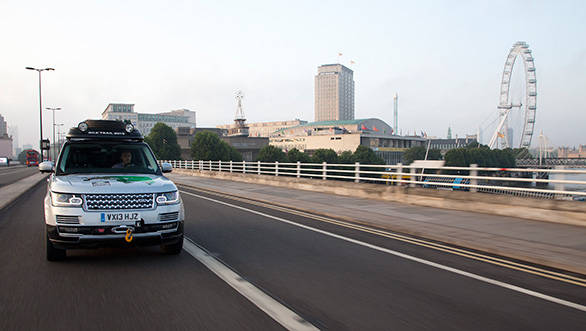