Four two-wheeler companies have released their year-on-year sales figures for June. While Bajaj reported a substantial 20 per cent drop in the motorcycle sales, Yamaha and Honda have registered a significant growth. Read on for the complete report: Honda has reported its yearly growth (as of June 2013) as 11 per cent and its market share as 22 per cent (domestic only). In the motorcycle segment, Honda sold 1.2 lakh units and grew by 17 per cent (year-on-year), while the scooter sales were at 1.31 lakh units, growing by 6 per cent (year-on-year). Also in June, their new plant is to have started with the production of Dream Yuga and the Activa. Honda also announced the 2013 spec CBR250R and the more economical Dream Yuga (Honda calls it "with HET"). Honda says that the whole two-wheeler market, however, shrank by 5 per cent. 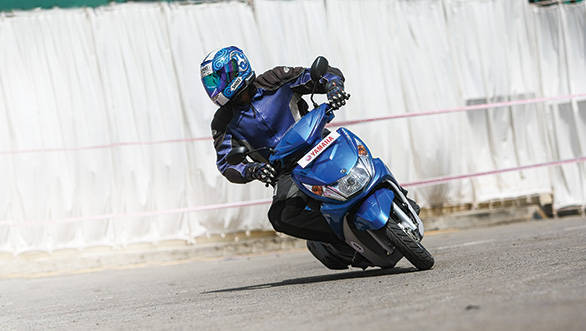 Yamaha sold 35,561 units in June, reporting a year-on-year growth of 46.2 per cent. The 13,607 units it exported means the company grew its export volumes by 69.2 per cent. The overall growth (domestic plus exports) stood at 52 per cent.

Bajaj reported a 20 per cent drop in monthly motorcycle sales (2.54 lakh units) year-on-year quoting a 20,000 unit loss thanks to the "illegal strike at Chakan". Bajaj also reported 54 per cent growth in commercial vehicle sales. Within these numbers is a 4 per cent growth in exports. In the year-to-date scenario, Bajaj motorcycle sales are down 12 per cent and commercial vehicles are up 24. Overall sales are down 9 per cent and within these exports alone are down 13 per cent.

TVS Motor Company reported a marginal 2.7 per cent  sales decline in June with sales at 1.64 lakh units, roughly 4,000 units less than June last year. Two-wheeler sales fell by roughly 8,000 units to 1.57 lakh units, adding up to an approximately 10,000 unit drop in two-wheeler sales. Scooters grew by about 500 units while motorcycles fell by about 2,000 units. Exports, the company said, grew by 32 per cent.