The Hero Leap hybrid scooter to go on sale by February, 2015

From having debuted at the 2012 Auto Expo as a concept, to finally being unveiled at the 2014 Auto Expo, the Hero Leap is finally flesh and bone. India's first very own hybrid scooter is expected to go on sale sometime around February 2015. We had earlier estimated its launch to occur close to the latter half of the current fiscal year.

Hero's Gurgaon facility is expected to start its production at a modest 6,000 units per annum. Sales volumes in India for a scooter with an electric power train cannot be predicted. We still maintain that it is quite a looker  at 140kg, with a 3.0-litre fuel tank and a 13-inch front alloy wheel and a 10-inch rear. However, with the steel framed Leap, with fuel injection, regenerative braking and its 340km range is a rather radical prospect for the average Indian. And an expensive one too. But powered by lithium-ion batteries and an 8kW electric traction motor connected  to an all-new 124cc engine, the fuel economy would be something to watch out for. 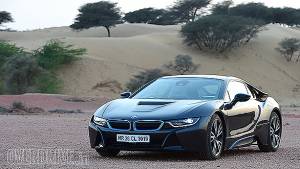 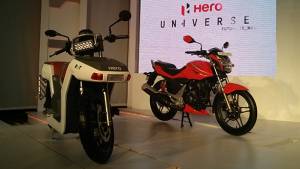