Someone at Jaguar has been playing genie and granting the wishes of the Jag fans around the globe who can afford to spend on some slick machinery. The production-spec F-type Project 7 is the recent example but the more jaw-dropping surprise came a few weeks back when Jaguar announced that they would reincarnate the beautiful E-type. 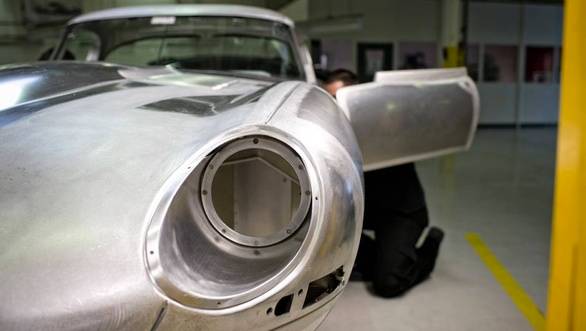 Back in 1963, when Jaguar planned to create 18 Special GT E-types for the racetrack, they ended up building only 12. But five decades later, the remaining six lightweight E-types will see the light of day. And guess what - all six of them are already sold out even before hitting production. We are not surprised. Jaguar insiders say that these E-types will go at a price of over a million pounds each (approximately Rs 10.2 crore). Don't expect them to turn up on eBay though, as the customers who have managed to procure these cars will have to hold on to them for at least five years. If they intend to sell their lightweight E-types in this period, they will be contractually bound to sell them back to Jaguar. So if you haven't been one of the lucky six and still have a million pounds to spend on a reliable E-type, you might want to take a look at the Eagle Speedster that we drove in May.

The reincarnated E-types will be built at a new heritage workshop that is in preparation on part of the site of the old Jaguar factory at Browns Lane, Coventry. Upon completion, this site will also undertake servicing and restoration work on classic Jaguars and Land Rovers.