The Little Car Company, an England-based firm that specializes in scaled-down replicas of some of the most sought-after automobiles in the world has revealed its latest project. The company is building a limited run of Aston Martin DB5s. Only thing, these will be built to two-thirds of the original car's size and will be fully electric.

The DB5, via its association with the Bond films, is one of the most well-known classic cars in the world. Consequently, the Little Car Company isn't tinkering with this over 50-year heritage. Like the original car's run, only 1,059 units of these scaled-down versions will be made. They will be rear-wheel drive as well, and feature exceptionally high levels of detail, with most of the craftsmanship of the original recreated to scale. In fact, LCC has 3D-scanned an actual DB5 to get exactly the right proportions. 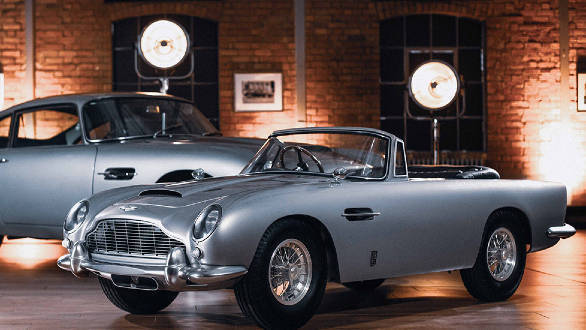 Like in the original, the DB5 Junior has double wishbone suspension at the front and a live rear axle at the back, featuring the original car's exact suspension geometry. The DB5 was one of the earliest cars to get all-wheel disc brakes, so even that has been carried over here, along with a hydraulic handbrake.

Even more attention has been spared on doing up the DB5 Junior's various adornments. The Aston Martin badges are an exact replica of what was on the original; the Smiths instrumentation, including the DB5-specific clock, has been fully recreated. Further, there is a steering wheel finished in mahogany and aluminium and a full leather interior. For added realism, the bonnet and boot can be opened too. 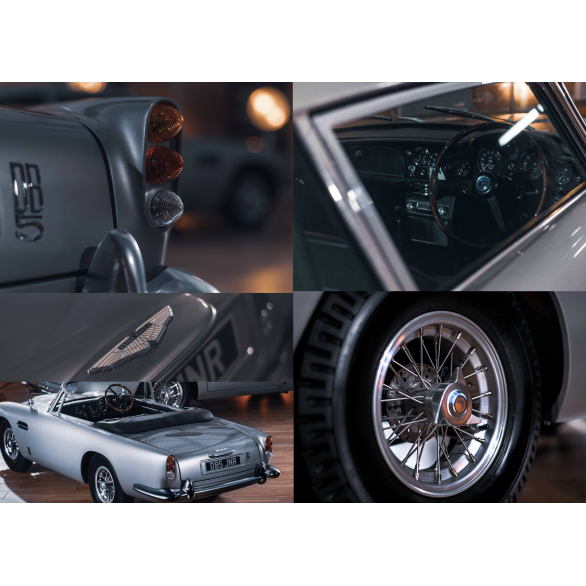 There are two versions of the DB5 Junior on offer, both large enough for adult-drivers. In fact, with a 48 kmph top-speed for the top-spec DB5 Vantage Junior, this may not be the most advisable toy for children. This version is powered by two 1.8 kWh batteries that make a combined 13.6PS. There even is a limited-slip differential and four drive modes: Novice, Expert, Race, Vantage.

The lower-specced DB5 Junior uses a single motor to put out 6.8PS, it also loses the LSD and the Vantage mode. Neither comes cheap, the Vantage costs from GBP 45,000 (Rs 43.8 lakh) while the DB5 Junior is priced from GBP 35,000 (Rs 34.08 lakh), before any taxes or duties. Its also unlikely that these will be road legal. But wherever you can drive them, they should make for some great entertainment.