The Donald E Stephens Convention Centre at Chicago will be host to the unveiling of the first model from Indian Motorcycle's 2016 line-up. The 2016 Chief Dark Horse will be showcased at the Progressive International Motorcycle Show from February 13 to 15, 2015, alongside the American motorcycle maker's 2015 range including the Scout, the Roadmaster and the 2015 Chief. 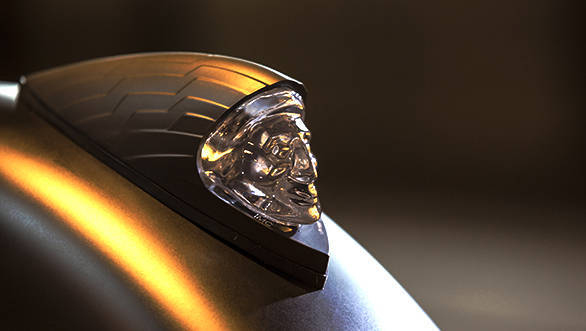 For the European audience, a separate unveiling will be held, only 12 hours after the US reveal, at the MCN London Motorcycle Show at 11:30 am on February 14.

The Indian Indian Motorcycles enthusiasts (Yes, that is how we're going to address them) will have to wait longer to see the Dark Horse in the flesh. For now there is just the iconic head-dress logo on the partly revealed front wheel.

More from OVERDRIVE on Indian Motorcycle: