US based premium electric carmaker, Tesla has teased a silhouette of its upcoming car, the Model 3 that will make its debut on March 31, 2016. The company has also sent invites to the existing Tesla customers to enter a draw and win invites to the exclusive launch event. The Model 3 is expected to be the range starter model and will be sold alongside the Model S sedan and the Model X SUV. 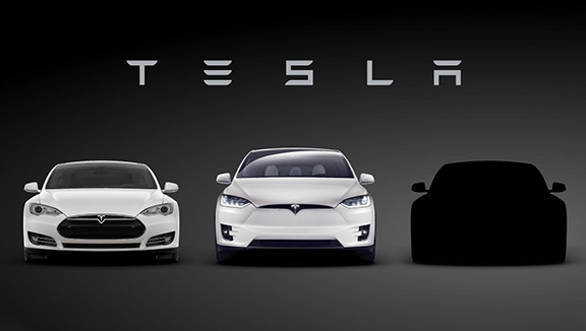 The silhouette gives a rough idea of the Model 3 sharing bits and cues from the Model S sedan, however, we aren't sure if it will be a sedan or a crossover. The Model 3 will be an important model for Tesla as it will be the first mass market offering from the company.

The Tesla Model 3 will also be the first model to use the new third-generation platform. The company might also spin out a new roadster with the underpinnings of the same platform. The production version will be revealed on March 31, 2016, however, deliveries will begin in 2017, as claimed by Elon Musk, CEO, Tesla Motors.