In its recent update, Tesla Motors has announced that its complete range including the Model 3 will now feature complete self-driving hardware. Elon Musk, CEO, Tesla Motors, put out a tweet saying that its entire range will attain complete autonomy using 12 ultra-sonar sensors, eight cameras and a radar. All of which won't be visible to the drivers. In addition to Model 3, the Model X SUV and the Model S sedan will have this capability. While this is a positive update for many prospective clients looking to buy one, the present customers cannot retrofit the same in their cars. 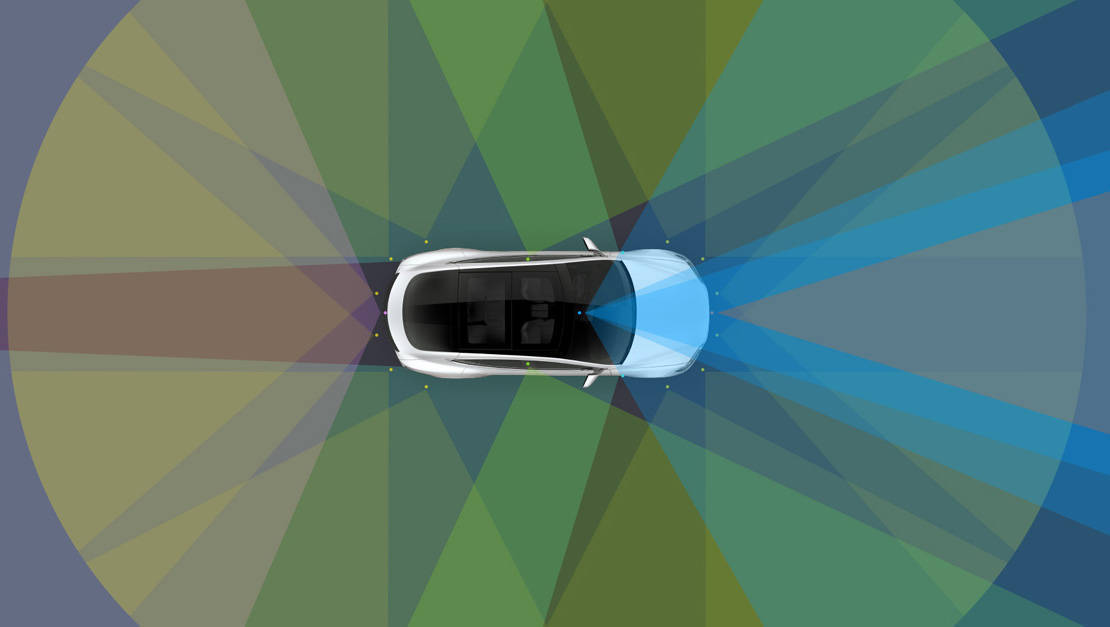 Tesla states that the eight surround cameras will provide 360-degree visibility around the car at up to 250 metres of range. The 12 updated ultrasonic sensors will help detect obstacles at nearly twice the distance of the previous system. The front-facing radar will have a large wavelength and will be operational in dust, fog and heavy rainfall. Tesla has also added a new on-board computer with a 40 times faster processing speed than the previous unit.

Though the new hardware claims to provide self-driving capability, i.e. Level 5, Tesla has not yet activated the system. The car manufacturer claims that it will calibrate the system using millions of miles of real-world driving to ensure proper safety before activating the same in its entire range. This means that even though customers can avail the hardware options, they have to still wait for the official update to use it.

The new hardware will temporarily lack certain features currently available on the first-generation autopilot, like automatic emergency braking, collision warning, lane holding and active cruise control. However, the updates of the same will be released along with a set of entirely new features, stated Tesla.