Tesla raises $1.2 billion before the launch of Model 3

Tesla is expected to launch the much-anticipated Model 3 this year in the international markets. The California-based electric-vehicle maker has now raised over $1.2 billion, ahead of the launch, wherein $350 million is from share sales and $850 million in convertible debt. The company mentions that the new round of fundraising is more than what it was predicted last week.

Tesla has received over 3.75 lakh bookings for the Model 3. In fact, the hype for the Model 3 was such that half of the bookings were received within 24 hours of the unveiling. Although the company has not revealed any information on the variants of Model 3, Tesla has mentioned that the all-electric offering will be priced at $35,000. The booking amount for the same is a refundable $1,000. 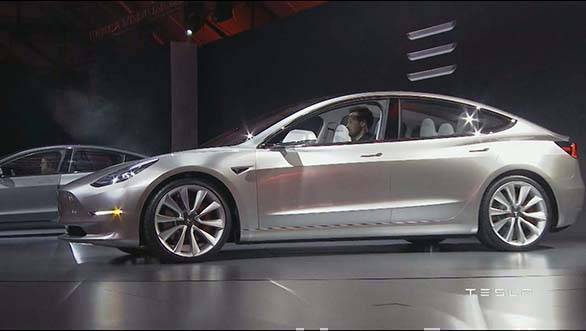 Tesla Inc. claims that the Model 3 can do 0-100kmph in less than six seconds. It will cover a distance of 346km in one full charge. The company plans to install 3,600 superchargers and quadruple the number of destination chargers which will be done with tie-ups with restaurants, hotels and stores. During the unveiling of Model 3, Tesla CEO Elon Musk had mentioned that the car will be offered with autopilot hardware as standard. Tesla plans to increase its presence by almost doubling the number of stores to 441 from 215.

Unfortunately, Tesla has been missing on the deadlines for the Model 3 which has been a matter of concern for the investors. The raised funds also include a personal purchase of $25 million by Musk in common shares. 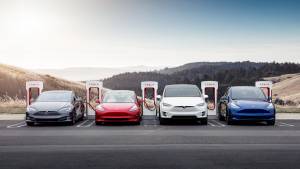