Yesterday I reposted an interesting video on my Instagram account, showing Tesla's new Cybertruck at tug-of-war with a Ford F-150. The F-150 has a huge fan following, including me to an extent, but I'm bigger fan of the crazy torque that electric vehicles offer. It was heartening to see Ford's best-selling brute getting towed away without putting up much of a fight against the Cybertruck. But was it a fair war to begin with? 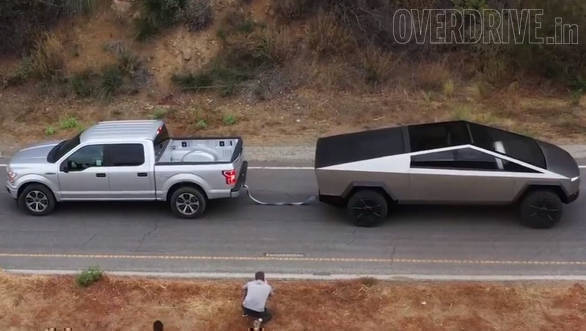 It probably wasn't. Was there enough weight over the axles of the Ford? Was the F-150 even in 4x4 mode? It certainly didn't look like it. What spec was the truck? What tyres? With all these details missing, many Ford and Tesla fans have been throwing brickbats at each other ever since the video hit the internet.

Even Neil deGrasse Tyson has voiced his opinion, quoting laws of physics to explain how this isn't an apples to apples comparison. Ford X vice president, Sundeep Madra, joined the fray too and has challenged Tesla for fair battle. has All the buzz has caught Elon Musk's attention on twitter (where else?) 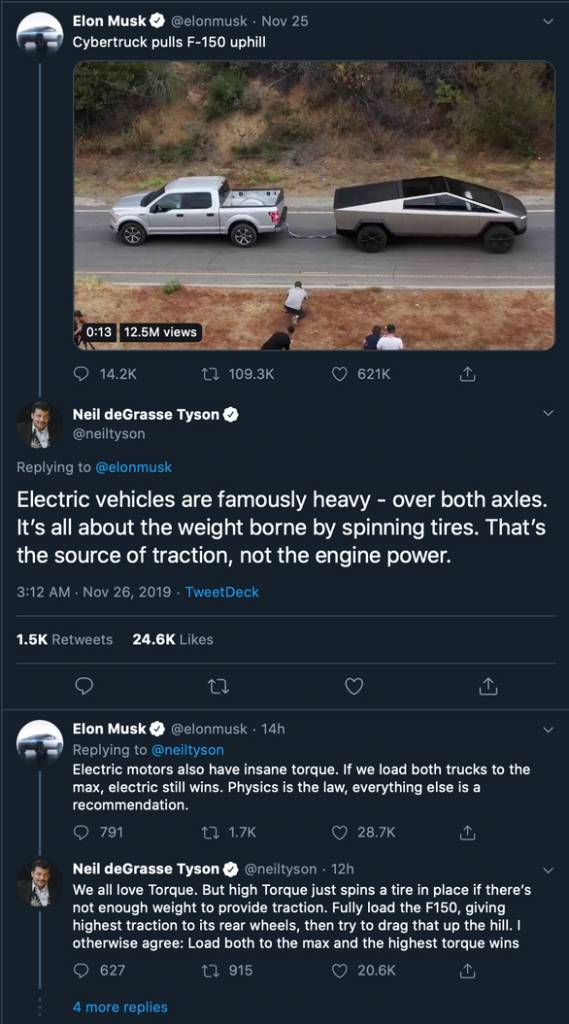 And as expected, the Tesla CEO has agreed to have a go at the F-150 again next week with the Cybertruck. This will be interesting! Meanwhile, here is the video: 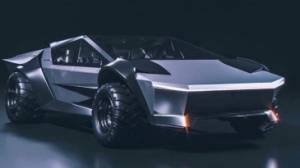