The end of the 2015 F1 championship has left two very large questions. What happens to Renault, and what happens to Red Bull Racing? After a dismal performance over the past two seasons, Red Bull suddenly cut short their contract with engine builders Renault expecting to be able to change over to a Mercedes-AMG powerplant. However, when that fell through and talks with Honda failed, the multiple world championship winning team found itself in quite a pickle. As did Renault who wasn't supplying engines to any other teams this season aside from Torro Rosso, which is literally Red Bull in Italian. 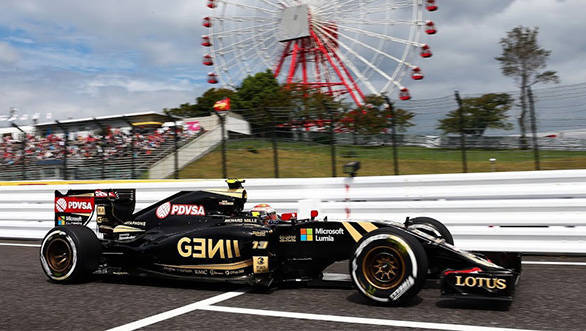 In the words of Renault Chairman and CEO Carlos Ghosn, the company was left with two options. Either re-enter F1 with a factory team or pull out of the sport altogether. "After a detailed study, I have decided that Renault will be in Formula 1, starting 2016. The final details supplied by F1's main stakeholders gave us the confidence to accept this new challenge. Our ambition is to win - even if it will take some time."

Renault Chairman and CEO Carlos Ghosn knows how much motorsport means to the brand. It's why they're back racing in 2016

Renault has now bought over the Lotus F1 team for this endeavour, a deal that Renault has just confirmed. The principle contracts were signed on December 3 and work on quickly finalising the terms of acquisition continues. Renault and Lotus have been associates for 15 years and were world champions in 2005 and 2006. More details on Renault's 2016 F1 programme will be released in January 2016.

Red Bull, meanwhile, has been busy too. Two weeks ago the company announced that it had won over TAG Heuer as a sponsor which ended the Swiss watch company's 30 year association with McLaren. Yesterday, the Austrian energy drink company released this amusing tweet on its homepage. 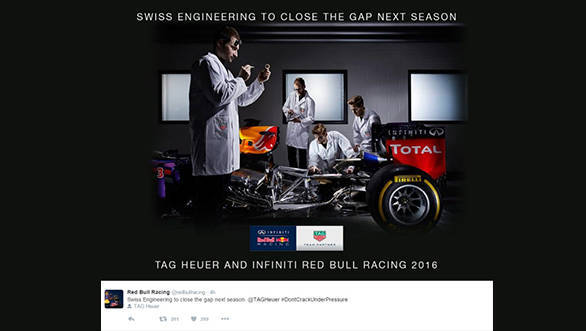 "Swiss engineering to close the gap next season @TAGHeuer #DontCrackUnderPressure".

This leads us to believe that Red Bull will be fielding cars with TAG Heuer badged engines in 2016. Now, I know what you're thinking, what's a watch making company got to do with highly advanced internal combustion engines? As it turns out, this isn't the first time this has happened. In 1980, McLaren ran F1 cars with TAG Heuer-branded engines however TAG didn't build the engines themselves but instead paid for the development costs for Porsche to develop and build the engines. This time around, things might work differently though and Red Bull may actually do the development work itself with some parts sourced from Renault but at the moment, there is no confirmation on this currently.

Both companies have a lot of work to do and as of now it looks like Ferrari will be the only real challenger to Mercedes-AMG's supremacy next season.

RENAULT ANNOUNCES RETURN TO FORMULA 1 IN 2016