Team India at the Rain Forest Challenge 2014 in Malaysia

The on-going Rain Forest Challenge in Malaysia is a landmark one for the Indian motorsport fraternity, as for the first time, the contenders in this mother of all wet, sloppy, 4x4 off-road events include an Indian team. Kabir Waraich of Gerrari Offroaders, Chandigarh along with co-driver Gurmeet Virdi are competing against 34 teams. 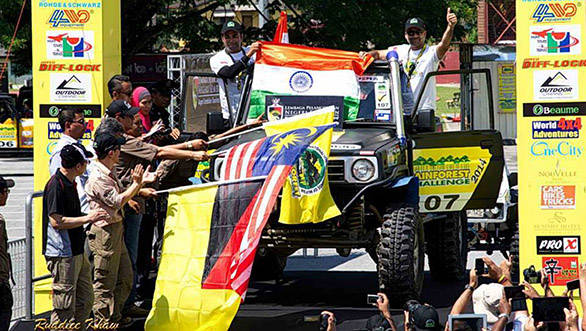 India's Kabir Waraich and Gurmeet Virdi during the flag-off ceremony

On account of their podium finish at the first edition of the Force Gurkha RFC India in August 2014, Waraich and Gurmeet qualified as participants for the grand final of the RFC Global Series this year. The duo has already proved its mettle by completing eight out of nine special stages of the Prologue Stage of the event. 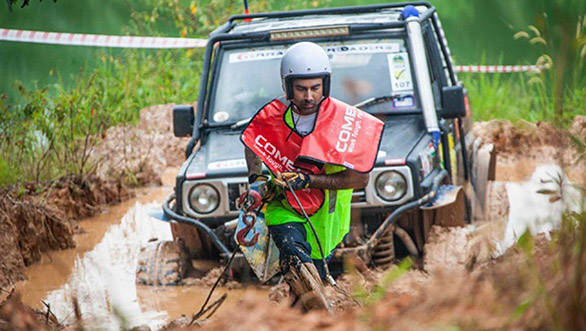 The Prologue Stage will be followed by the Predator, the Terminator and the Twilight Zone  which will actually be a series of special stages designed by RFC International track experts. 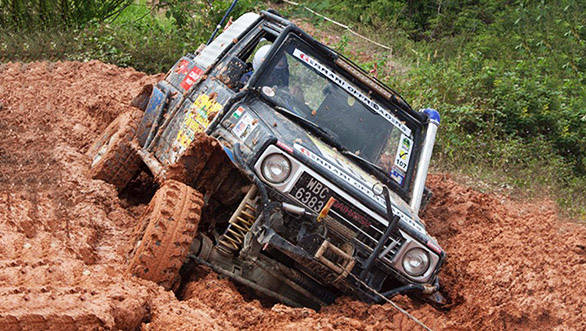 The RFC is being held in Malaysia currently, from November 29 to December 8. After the Prologue Stage in Port Dickson, the challenge has now moved to the Rembau district for the Predator Stage.