Trucks. They're as intrinsic a part of Indian highways as potholes are. Or the unfortunate and ill-time crossing of cattle. In fact they're such a part of India that we quite often pass by them without a second glance. But here are a bunch of trucks that you cannot just pass by with nary a care. Why, you ask? Because these are the Tata Prima T1 racing trucks that form the fleet that will compete in the first ever Tata Prima T1 Truck Racing Championship. 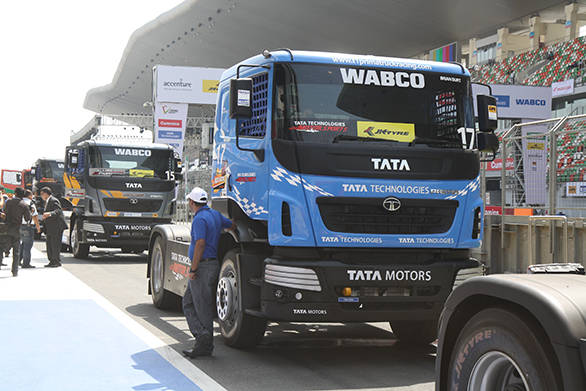 The Tata Prima T1 Truck Racing Championship was conceived in December 2012, with Tata Motors deciding to take their 'world truck', the Prima, racing. In association with the British Truck Racing Association, the series was conceptualised and has finally come to fruition. The series will be run as per the FIA's rules for truck racing. This means that all trucks have been checked scrupulously to ensure they maintain the exacting standard of safety as stipulated by the FIA. Of course, FIA rules don't need the trucks to be homologated - any truck with an engine cubic capacity of up to 15 litres is allowed. The necessary modifications, like the addition of a rollcage, side under run protection, steering wheel with a quick release mechanism, FIA approved racing seats, fire extinguishers, etc have been made. 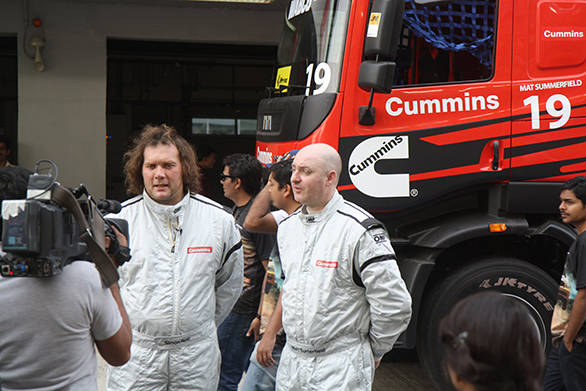 The Prima race trucks make 370PS of power and are limited to a top speed of 110 kph. It's all very well to say that that isn't too fast. But try doing that in a race machine the size of a small house, barrel down a straight at a Grand Prix circuit in one, brake for a corner and tackle a chicane in one. And then tell us what fast feels like! Veteran truck racer Paul McCumisky has this to say about the race Primas "They're not bad really. Of course they aren't as fast as the trucks that we race back in Europe that do 160kph, but these are pretty fast and they handle quite nicely." 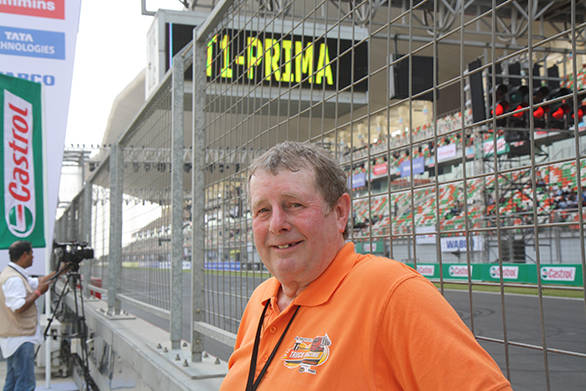 Paul McCumisky, veteran truck racer, has been racing since 1986

Going into the race weekend there were 12 race ready Primas that were set to take to the grid, with six teams fielding two trucks each. The teams are Tata Technologies Motor Sports with drivers David Jenkins and Brian Burt, Castrol Vecton with drivers Stuart Oliver and Dave Ball, Cummins with Mat Summerfield and Simon Reid, Allied Partners with drivers Steve Rothery and Paul McCumisky, Dealer Daredevils with Steve Thomas and Graham Powell and Dealer Warriors with Ben Horne and Steven Powell. A surprise 13th truck made it into qualifying though, with Steve Horne, Organiser from the British Truck Racing Association, strapping himself into a Prima too.

As it turned out Ben Horne is on pole for the first five lap sprint race that will then determine the grid positions for the 15 lap main race. Lining up behind him is David Jenkins, while reigning BTRA Division 1 Champion Mat Summerfield lines up third on the grid. Wild card entry Steve Horne, driving for Tata Motors is fourth on the grid. 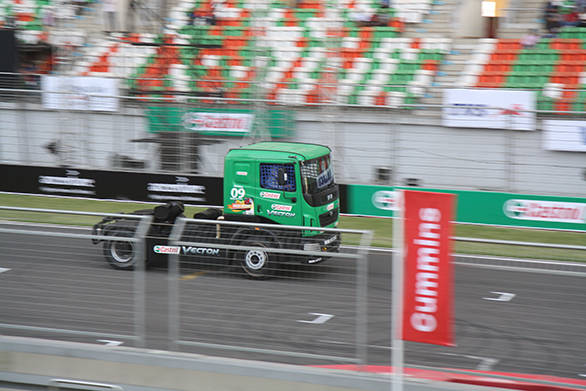 The Tata Prima T1 Truck Racing championship will only have one round in 2014, with the possibility of turning into an annual event or perhaps an event run once in two years in the future. 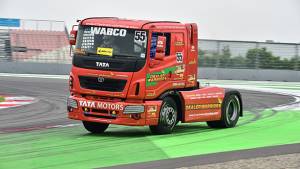 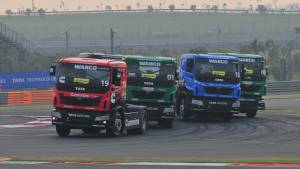 Turning trucks: What is the Tata Prima T1... 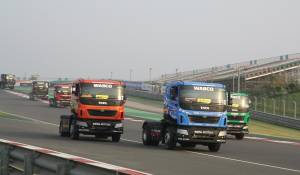