Tata Nano may be discontinued, second-gen small car project to be set aside

Tata Motors is about to announce the discontinuation of it's least priced offering, the Nano. Low sales combined with the company's move to a two-platform strategy for its future models could be the reason behind this. The cost of updating the Tata Nano to meet the new crash test norms coming into effect from October 2019 would not bear fruit, considering only 3 units of the small car were sold in the country in June 2018. Tata had already begun developing a second generation Nano, codenamed the Pelican, which may be shelved, reports suggest. 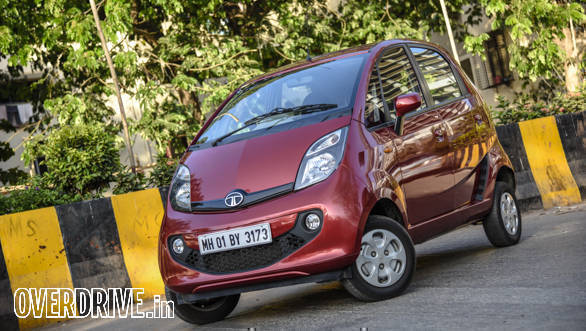 In 2017 as well, there were reports of the Tata Nano production being stopped, but the company had refuted the same. At the time, Tata Motors had stated that it will continue the production of its Tata Nano for some more time at its Sanand Plant. A Tata Motors spokesperson said that the Tata Nano has an "emotional connect" with the Tata Group. The Tata Nano is the brainchild of Ratan Tata. It was first revealed at the 2008 Auto Expo in New Delhi, a decade ago. At the time it was launched at an introductory price of Rs lakh for a limited number of customers and earned the title of the world's cheapest car. Tata is developing its new models including the H5X SUV, recently named the Harrier, as well as the 45X on the OMEGA and ALFA platforms, respectively.