Tata Motors has released a statement clarifying its stand on its interests in the Jaguar Land Rover premium car brands. The homegrown carmaker has stated that recent media reports claiming Tata Motors' intention of selling its stake in Jaguar Land Rover are unconfirmed and unsubstantiated.

The company goes on to say, "Tata Motors categorically denies and dismisses any such intent. Jaguar Land Rover is and remains a key pillar of Tata Motors and the wider Tata Group. We recently announced our results for Q1 and have indicated that we are maintaining solid liquidity despite the Covid-19 pandemic and expect to be cash positive from Q2 onwards. The Jaguar Land Rover business remains strong as it transitions to new electrified, autonomous and connected technologies to support its Destination Zero ambition." 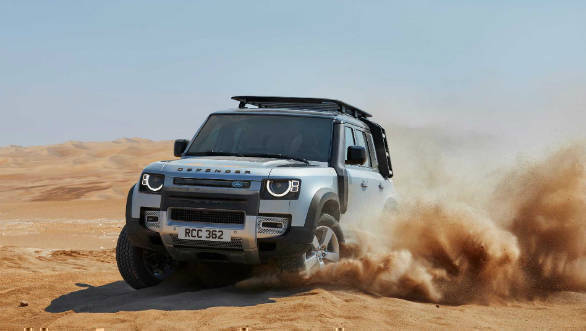 Reports late last year had suggested that Tata Motors was in early-stage talks with the BMW Group and China's Geely, for at least a partial stake sale of the brands. Before the pandemic hit, JLR had been struggling with slowing sales in China and heavy development costs of new technologies for electrified and connected vehicles.

More recently, talks of a possible bailout by the UK government ended for Jaguar Land Rover. The company didn't meet the criteria for securing these government loans. Further, the accelerated development of electrified vehicles and early phase-out of diesel vehicles were requirements for securing this assistance. This was not in line with JLR's future goals.

However, there have been positives for the brand as global sales have picked up post-pandemic. Sales are almost back to pre-COVID levels in China and North America and new launches like the Defender have been well received. The company also now has higher reserves of cash than earlier expected, at GBP 2.7 billion. Further, the firm has been heavily focused on its Destination Zero plan. With this, the brand will focus on petrol, diesel and electrified powertrains. A slew of connected and driver assistance tech is also in the pipeline.