The only man in the world to have won the FIFA Ballon d'Or, soccer's highest global honour, Lionel Messi will be a brand ambassador for Tata Motors. The contract with Tata Motors extends for two-years wherein he will endorse the brand and passenger vehicles across the world. This is definitely seen as a huge draw for Tata Motors especially since soccer has begun getting enormous attention in India over the last year. Messi has a respectable fan following in India and Tata Motors hopes this would help the brand resonate its identity with a younger audience here. Internationally too, Messi will be a further boost for Tata Motors image, especially in Latin America and Europe where both are recognised brands already. 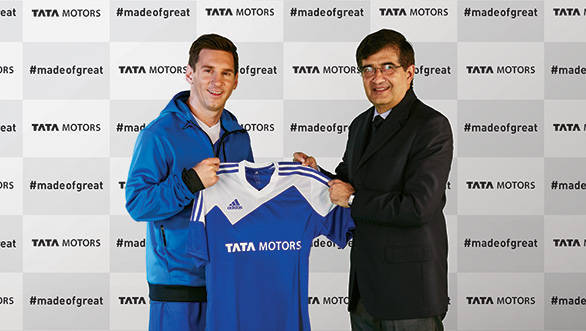 However, Tata Motors will need a product portfolio that compliments the image of a brand like Messi himself. Messi who plays for Barcelona is one of the most valuable players in the world, bringing his style of play to create fantastic results for his team. Messi has also captained Argentina to a world cup final against Germany in 2014. In 2015 he was awarded the UEFA Best Player in Europe award for a second time. That however does not mean the man takes his stardom to astronomical heights. Strong family ties and a sharp business acumen have kept Messi firmly grounded. Tata Motors will need to showcase similar attributes in the future with the products. Cars that can score big, garner enormous fan following and keep the registers ringing. Undoubtedly Messi's first endorsement will be for the new Tata Kite hatchback, that's expected for a early 2016 launch.