Tata Motors has launched its Aria crossover in South Africa, at the Johannesburg International Motor Show 2013. It will be available in South African dealerships from early next year.

Tata also unveiled the Prima KL3TXF 6X4 truck tractor, Ultra 812 truck, the Xenon XT, the Prima tractor, the Prima box-tipper, the Super ACE. The Vista D90, the Manza Club Class and the Storme were some of the passenger cars that were also unveiled at the show. 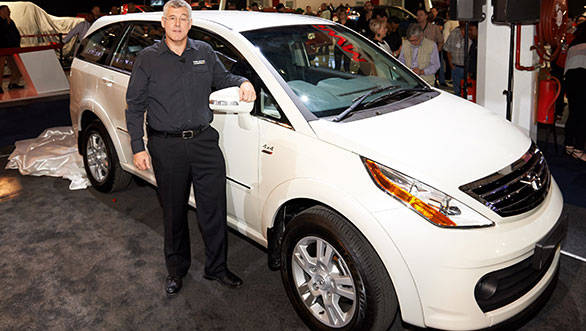 Karl Slym, MD of Tata Motors with the Aria

"South Africa is one of the focus markets for Tata Motors. We see tremendous potential in the market needs and are confident of designing products to cater to the consumer's needs here. The new Tata Aria, the Tata Prima KL3TXF 6X4 Truck Tractor and Tata Ultra 812 Truck will be introduced in South Africa in 2014, which will bolster our extensive vehicle portfolio in the country. These products benefit from our innovations and deep understanding of the South African customers. With Horizonext, we have embarked on a journey with a commitment to excite our customer globally and we look forward to unfold our strategy in South Africa for a deeper presence in this market," said Karl Slym, MD, Tata Motors.

Tata started exports to South Africa way back in 1998. Export of commercial and passenger vehicles started at a later date in 2004. The models currently being sold in South Africa are the Indica, Vista hatchback, the Manza sedan and some commercial vehicles. Tata claims that nearly 71,000 of their vehicles ply on South African roads. The company, began its international footprint, established through exports since 1961 and today, has presence in over 60 markets (for both PVs & CVs). 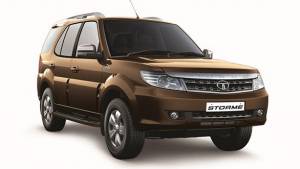