Tata Motors has revealed the Tata Concept Curvv. The Curvv previews an upcoming Tata coupe SUV that will launch as an EV first before ICE versions follow within the next two years. The Concept Curvv also debuts Tata Motors' Gen 2 EV architecture that promises better range and connected car tech.

The Concept Curvv previews a new digital design theme from Tata Motors with a focus on the increased digitisation in cars. The new design language has evolved into sharper lines and more prominent surfaces. The front end is dominated by the full-width DRL which will be a design signature for Tata EVs going forward. There is also quite sharp surfacing in place of a traditional grille while a similar theme is seen in the lower half which house the triangular lamps and the airdam. 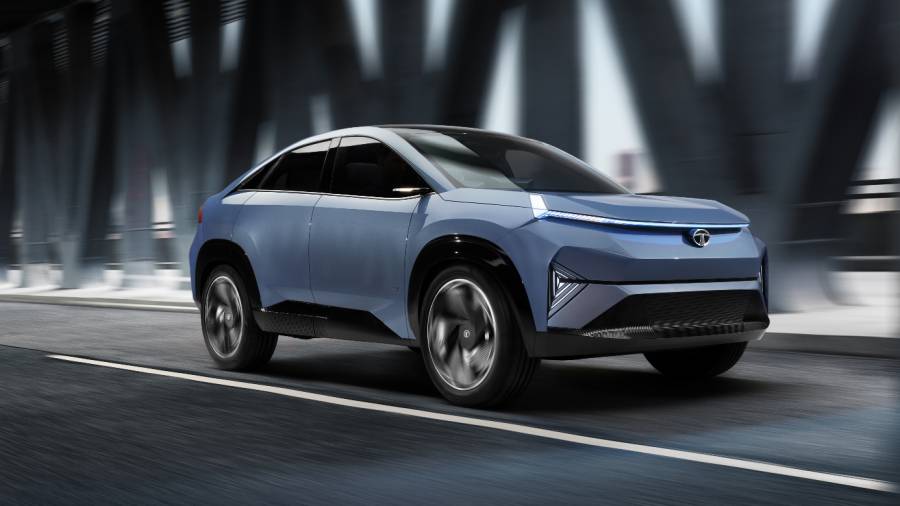 The Curvv has a modern silhouette with sharp, clean surfaces and quite an aggressive coupe roofline. There are large aero wheels and compact rearview mirrors. These elements and the quite intricate lighting elements can be expected to be toned down in the production version.  At the rear, the striking feature is the quite high decklid and a similar full-width lighting element. The clean, concave surfaces from the front are also repeated here also seen with the deep bumper inserts. 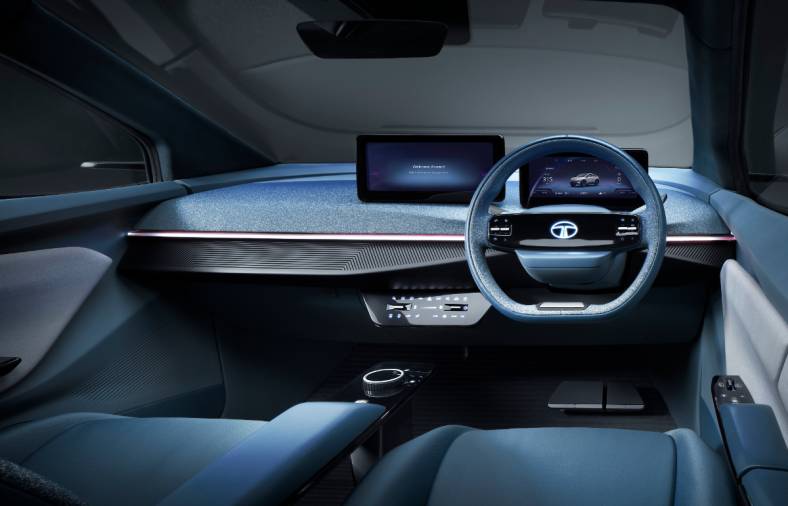 On the inside, the Tata Electric Concept Curvv also preview new interior themes that can be expected to filter into the production version. The clean, angular surfaces from the outside are repeated here. The dashboard is much more simplified with an uncluttered look. Most of the controls are bundled into the two floating touchscreens with a capacitive touch panel for the AC controls. Also debuting is the new Tata Motors steering wheel, again simplified in look and function.

There are the typically EV open centre console and a larger and roomy cabin, helped by a panoramic sunroof. New-age materials and textures have also been used to match the new-age styling. 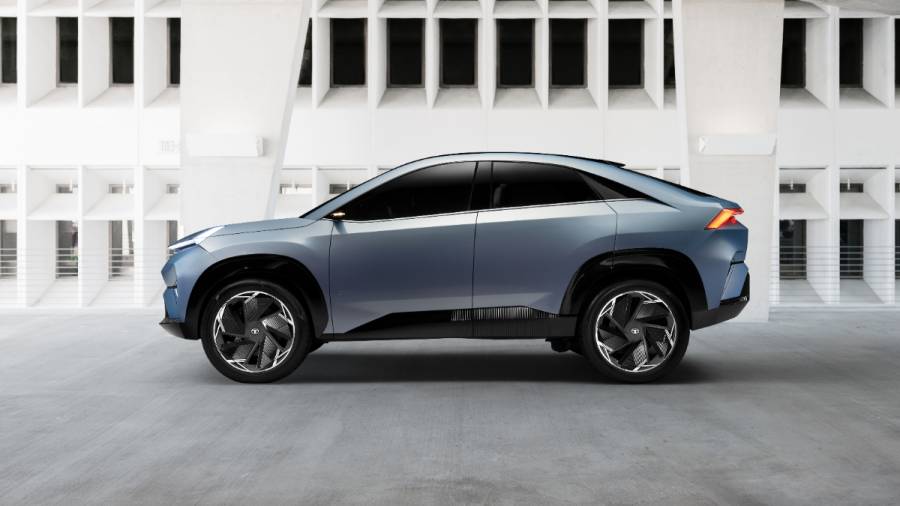 The new Tata coupe SUV will be based on the Generation 2 architecture from Tata Motors. This is a development of an existing ICE architecture, most likely the Nexon's X1 architecture, that has been heavily optimised to suit more advanced EV powertrains and technology. The production version of the Tata Electric Concept Curvv will have a certified range of between 400 to 500 km. There will also be faster AC and DC charging speeds as well as selectable regen modes, and a coasting function. Uniquely, the production EV will also offer V2V and V2L functions. This is being done by heavily advancing the current Ziptron architecture to improve efficiency, reduce charge-discharge rates and incorporate more advanced battery management systems.

Another big improvement will come in the form of connected car technology. The production version of the Tata Electric Concept Curvv will offer cloud-based connectivity, better app integration and facilitate OTA updates. 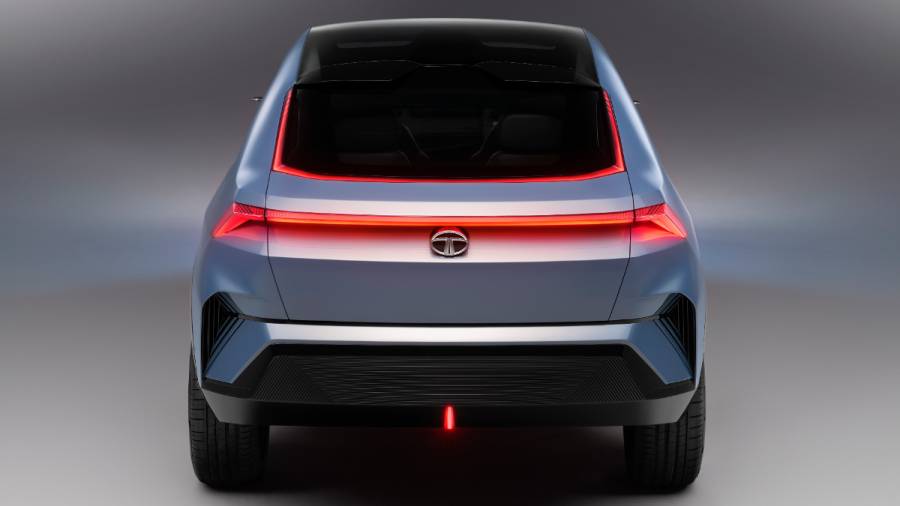 The Tata Electric Concept Curvv will be similar in size to mid-sized SUVs like the Creta and Astor but Tata Motors hopes will attract a more premium buyer with its coupe SUV styling and tech functions. This should place it between the Nexon and Harrier in the Tata Motors line-up and have it compete against the MG ZS EV and Hyundai Kona. The production version of the Tata Curvv will be launched by early 2024 with the ICE versions to follow soon after, expect prices for the EV coupe SUV to start from around Rs 15 to 16 lakh.