Tarun Reddy's claim to fame as far as Indian motorsport goes can be traced back to his days in karting. The young Indian driver was one of three karters selected by Sahara Force India for their Young Driver programme, and last year made an impact when he switched to Formula cars in the MRF 1600 class. Reddy currently leads the championship in the F1600 category of the 2014 National Racing Championship in which he is competing in alongside his first season of international racing - the Protyre Formula Renault Championship. And it's the Protyre Racing Formula Renault Championship that concerns us at the moment. The second round of the championship was held at Donington Park and it was a mixed bag for Tarun, although the silver lining was the fact that he managed to take his maiden podium position at the event. 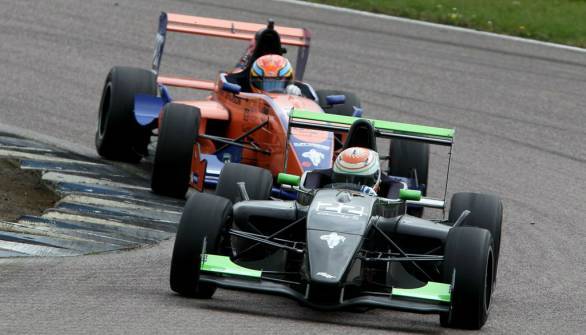 Driving for the MGR Motorsport team, Reddy planned on getting some testing under his belt at Donington Park, which didn't happen because weather played spoilsport. So his first time out when the circuit was dry was during qualifying itself. He qualified in sixth position for Race 1 and 3 and fourth for Race 2.

In the first race Reddy held onto sixth place till around the halfway mark of the race, before losing one place and eventually finishing seventh. In Race 2, Reddy fought with team-mate Matteo Ferrer and also Canadian driver Patrick Dussault to finish third eventually, clinching his maiden podium in the United Kingdom. 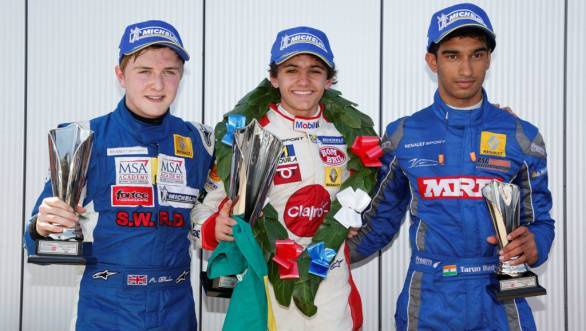 Race 3 saw Tarun show sparks of brilliance, making his way into third on the first lap, before overshooting a chicane and dropping to last place, from where he eventually worked his way up to ninth. The finishing positions saw him take home enough points to maintain sixth place in the championship.

"We struggled with race pace in the first race, and I had to do a lot of defending, while in the last race I generally did have the pace to fight for a front position but I locked up at the last corner. I'm quite gutted about it, because it could have been so much better, but I think I did a good job overall and it's an improvement from round one at Rockingham," said Tarun of his performance at Donington.

His next race is at Brands Hatch on July 26 and 27, where he is hoping to be competitive given that he already has done two days' worth of testing.