SWM Motorcycles is a fairly unknown brand outside Italy. But they are remembered fondly in Italy with the brand's dirt bikes being a mainstay for many, many people who ride today. The brand saw a resurrection recently and there is a new product line of interesting SWM motorcycles that is now coming to India with MotoRoyale. Here is what we know:

While different sources have different version of what SWM stands for, the company is located in Varese, on the lake right next to the MV Agusta plant. They first started in 1971 and went into liquidation in 1984. But their enduro, motocross and trials machines did win titles too. The brand's return began in 2014 as Chinese backers Shineray brought in funds. The SWM range includes 300, 445, 500 and 650cc single-cylinder engines. Shineray and SWM also got lucky and were in the right place at the right time to snap up the Husqvarna facility that was being sold by KTM after it acquired the brand from BMW Motorrad. They bought the Varese facility, getting with it the 10 Husqvarna models that were BMW-designed, as well as getting a functioning plant.

So, many of the engines are ex-Husqvarna singles updated to current spec and the cycle parts trace their history back to the BMW-supported phase too. The new engine in the line-up is the 445cc single which is reportedly sourced from China and is the first non-Husqvarna engine to enter the SWM line. 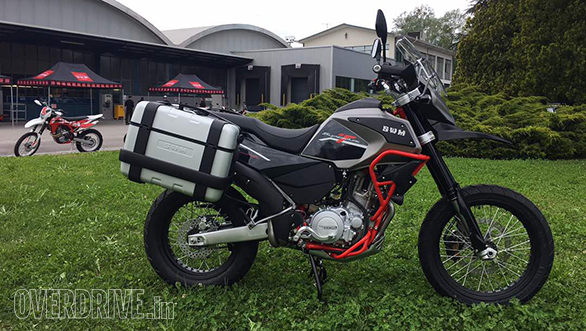 MotoRoyale has tied up with SWM and will introduce the SuperDual T in India by October 2017. The harder core off-road oriented SuperDual X is likely to join before the year is out.  The company says that the Euro IV models are coming out next month and these will be sent for homologation. MotoRoyale will mildly modify the current SKD line it uses for MV Agusta to put the models into CKD-assembly. They say the intended price band is under the ?5.5 lakh mark and that the bikes should go on sale through MotoRoyale's network - which is intended to be a multi-brand network - by October or so this year. 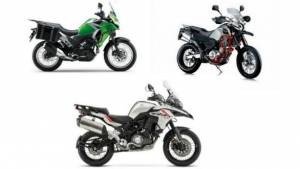 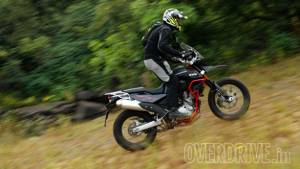