Suzuki to return to MotoGP in 2015

Suzuki Motor Corporation, on the back of a post-race test in Catalunya confirmed that they will only return to MotoGP in 2015. New team manager Davide Brivio will handle the team while Randy De Puniet will be the development rider for the team. David Brivo is an experienced hand at MotoGP level and was team manager at Yamaha when Rossi joined after leaving Honda. 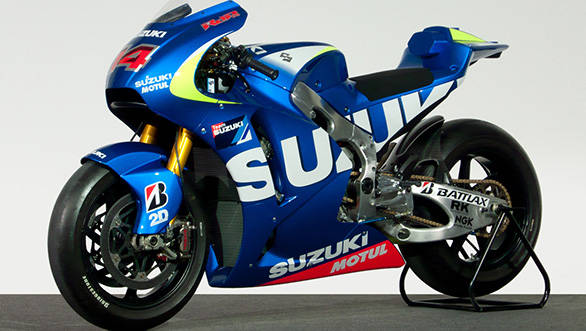 While this announcement is a cause for celebration (having more manufactures in the top level of two-wheeled motorsport is always a good thing), there was speculation earlier that Suzuki would return for the 2014 season. Brivio stated that this extra development time would only help Suzuki to make more of an impact on the competition in 2015. Their re-entry into the MotoGP fray will take the number of factory backed teams to four, alongside Ducati, Honda and Yamaha.

Suzuki left MotoGP post the 2011 season due to a financial crisis after having been present at the top level of racing (GP500 then MotoGP) since 1974. They've seen some success too, winning six championships over the years, the last being in 2000 with Kenny Roberts Jr. After this though, the successes have dried up with just one race win post the 4-stroke era.

The word around the paddock is that the extra year of development will be utilized to develop and test with the Magneti Marelli ECUs that all MotoGP machines must use. Suzuki currently uses Mitsubishi units, their long time partner for ECUs. The new bike also breaks new ground moving to a more traditional in-line engine layout as compared to the V-four layout that they used earlier on all their four-stroke prototypes. Randy De Puniet had only a lot of positive things to say about the bike after the Catalunya test. This could mean that in 2015, we just might see some Suzuki blue fighting it out at the front for wins. 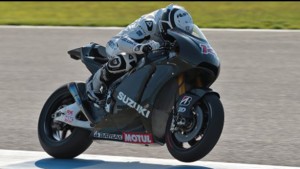