Suzuki announced its new MX1 contender, the updated RM-Z450. The bike receives several updates for the 2015 model year including launch control and spring-less SFF forks. The bike has been built taking inputs from Suzuki's American and World Motocross teams which has resulted in nearly every component used being new. 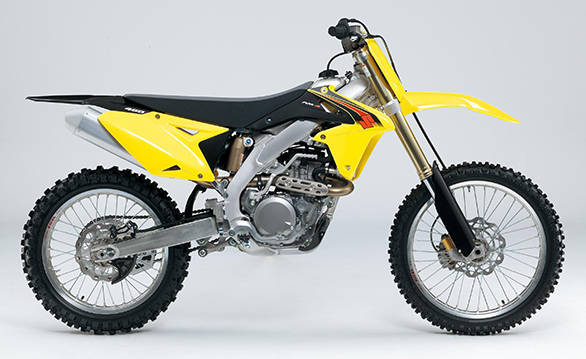 The Suzuki RM-Z450 now receives a new feature called Holeshot Assist Control (S-HAC).  This feature enables the rider to select various riding modes at the touch of a button and allows for alterations in ignition timings. There are two modes which can be selected, the first allows for a smoother engine response for slippery conditions. The second offers an aggressive map where full power and ignition timing are restored when either the pre-determined gear is selected or when a certain amount of time elapses. The settings are easily switchable via the illuminated button on the left-hand-side of the handlebar.

Another major update on the new bike is the suspension. It uses an inner-air chamber instead of the conventional oil filled forks. This allows for an on the go adjustment of the suspension by just adjusting the air-pressure. Also, damping is more consistent due to the lack of heat which was a factor in oil filled forks. 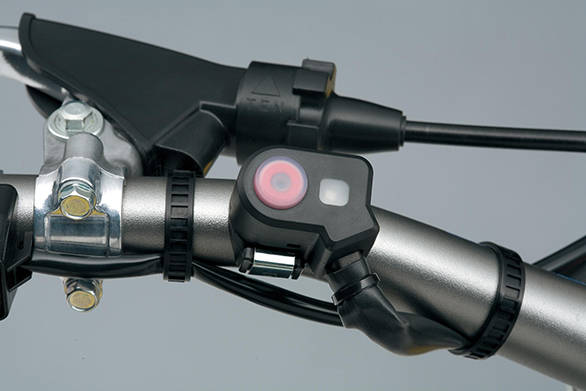 The RM-Z450 has always had a strong performing engine and for the 2015 version, the emphasis has been put on efficiency and weight reduction. To improve engine starting on all occasions, Suzuki engineers redesigned the kick-drive gear, the decompression system, relocated kick idle gear and lengthened the kick-start.

An increased overall engine cooling has been made possible thanks to changes in the water pump housing. Also, the hose connection have been relocated and routed between each radiator. Due to this, water now flows in 16 per cent more and weight has now been reduced due to the removal of the hot-starter system. 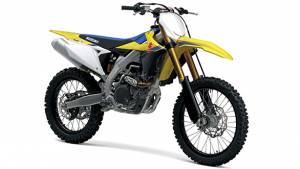 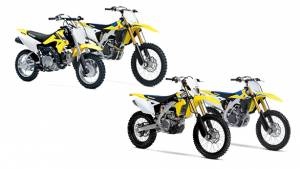