The handing over of the Memorandum of Understanding (MOU) for the exclusive commercial rights to launch the Supercross Racing league, which will be titled the "Indian Supercross Racing League" has officially been announced by Supercross India Pvt Ltd (SXI), which is affiliated with the Federation of Motor Sports Clubs of India (FMSCI), the governing body of motorsports in India recognized by the Ministry of Youth Affairs and Sports. 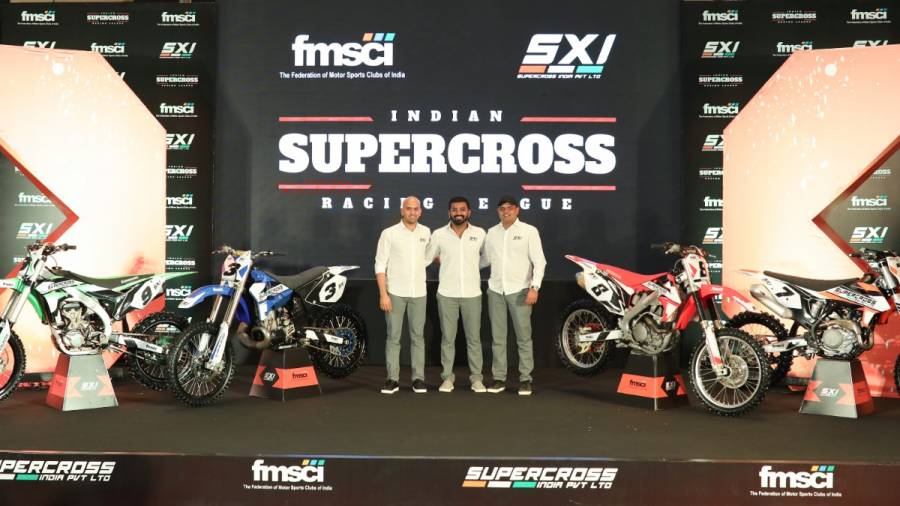 Supercross (SX) is a type of motorcycle racing that takes place on dirt tracks and features specialized, high-performance off-road motorcycles with challenging jumps and obstacles. The activity naturally draws in the younger demographic and is hugely popular in the US, Europe, and Australia.

The size of the market is underscored by the fact that it is now projected to be worth USD 5 billion and is anticipated to rise at a 6 percent CAGR to USD 7.5 billion by 2027 after receiving considerable worldwide investments.

Supercross will draw sizable crowds from a youthful, tech-savvy generation in India. The market is ready for a unique, high-intensity, pulse-pounding activity in the nation because of the young population, growing disposable money, and adrenaline-inducing characteristics of adventure sports. The new and aspirant Indian likes the adrenaline of sports and the thrill of adventure; Supercross will provide Indians with the ideal combination of both.

At a press conference held in Pune, Gautam Shantappa, Vice-President, and Sujith Kumar, Chairman of the FMSCI's Supercross Racing Commission, presented the MoU to the league's promoters.

Sujith Kumar, Chairman of Supercross/Motocross/2W Racing Commission, Federation of Motor Sports Clubs of India (FMSCI) said "I believe that with younger organizers coming into the sport the future looks bright. I would like to state that it's a matter of great happiness to see X-Racers coming back to the sport playing different roles. The federation fully backs the SXI team and firmly believes that they would take the sport forward and elevate it to a new level. I am proud to say that we in India have the first Franchise based Supercross League in the world."