It has just been confirmed that Stefan Bradl will leave Aprilia's MotoGP team to head to Ten Kate Honda in the WSBK championship from next year. Aprilia had earlier signed on Aleix Espargaro to join Alvaro Bautista as its second rider. Bradl has been racing with Gresini Racing (first as LCR Honda and then as Aprilia) since 2012 in the premier class. Before that he was also the 2011 Moto2 champion. 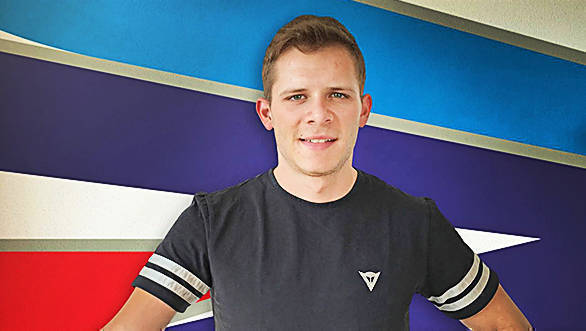 "I'm really happy to join the Honda WorldSBK Team for the 2017 season," said Bradl. "It's a great opportunity for me and I'm really looking forward to this new challenge with a really competitive team, and I'm sure we'll do great things together. Of course, this is going to be a whole new experience for me, but I will try to adapt as quickly as possible, in order to get some really good results. I can't wait to try the Fireblade and, obviously, it'll be fantastic to work together with Nicky: I think it's a fantastic combination because we understand each other really well. We can all look forward to the future, and I am super motivated for this new journey."

His exit from MotoGP will mark his debut at WSBK on board a CBR1000RR Fireblade with MotoGP champ Nicky Hayden as his team-mate. Both riders will have to use a new motorcycle as regulations will require the motorcycle to be homologated with a factory-fitted ride-by-wire system, which the current bikes do not have.