The Suzuki Motor Corporation and Toyota Motor Corporation have signed a memorandum of understanding (MOU) to consider a co-operative structure to introduce electric vehicles (EV) in India by 2020. As per the understanding, Suzuki will produce electric vehicles for the Indian market, with technical support from Toyota. Some of these EVs will be supplied to Toyota as well. What this means is that the Suzuki and Toyota EVs will essentially be the same, save for the badging and a few styling bits to differentiate the cars. 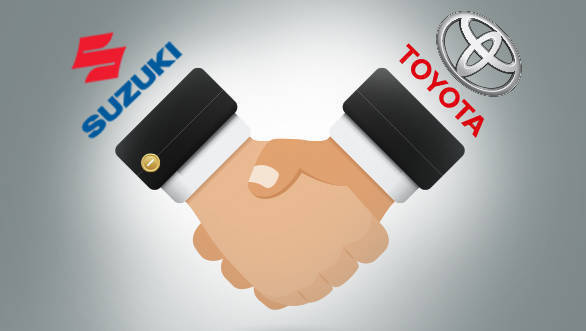 Besides developing and producing the cars, Suzuki and Toyota will also conduct studies to understand the requirements for the acceptance of electric cars in India. The studies will involve setting up of charging stations as well as training the service technicians at service centers. The companies will also try and ascertain a feasible way to dispose end-of-life batteries.

Suzuki has announced its intention to set up a lithium ion battery plant at its newly opened factory in Gujrat. The agreement between the two companies also states that other components, such as electric motors will be procured from local vendors as well. Besides boosting the Indian Government's Make in India programme, local components will help the companies keep costs in check and also price the EVs at competitive prices.

The two Japanese manufacturers had announced their business partnership on February 6, 2017 and this is the first announcement of the JV's electric car plans for India. Maruti Suzuki has been a dominant player in the Indian market for years, and building compact cars is its forte. With the help of Toyota's technical expertise, the two companies could launch EVs at competitive prices.