It will be a 7-seater SUV with new interiors. The interiors of the next-gen Rexton will feature Apple Carplay and Android Auto with device mirroring, 3D Around View Monitoring (AVM) and a 9.2-inch HD screen. 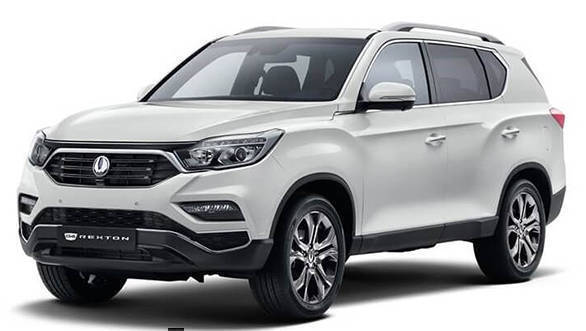 Safety too has been taken care of, as the next-gen Rexton features nine airbags and a body construction which Ssangyong claims to be a world first, "Quad-Frame body structure made with 1.5Gpa giga-steel with 63% advanced high strength steel (AHSS)", to create a strong and rigid body while reducing weight. The new Rexton measures 4,850mm long, 1,920mm wide, 1,800mm high, and has a 2,865mm wheelbase.

The powertrain details of the new Rexton have not yet been revealed. For the international market, Ssangyong might stick to the engine options which were initially specified for the LIV-2 concept. The next-gen Rexton will be launched in India by the end of this year. However, the new SUV will not be coming to India as is. The new Ssangyong Rexton may be badge-engineered by Mahindra for the Indian market, and may also feature a few India-specific design tweaks. The  design elements may look more in line with the Mahindra product line-up.  The new Rexton may sit above the XUV 500, taking up the role of the flagship SUV in the Mahindra portfolio.

For the Indian market, the new Rexton is likely to be powered by a 2.2-litre turbo-diesel engine with an output of 186PS and 420Nm. This engine will be mated to a six-speed manual or a seven-speed automatic gearbox. Mahindra and Ssangyong have also developed an all-new engine family together, which will power their future range of vehicles. More details on the same are not yet available at the moment.

Ssangyong is set to invest US$ 1 billion in product development over the next four years. While India might not see any product of that investment directly, we will definitely be seeing some benefit through parent company Mahindra's products. Pawan Goenka, the MD of Mahindra stated that the X100 platform which currently underpins the Ssangyong Tivoli would underpin future Mahindra products. Mahindra would be licensing it from Ssangyong. 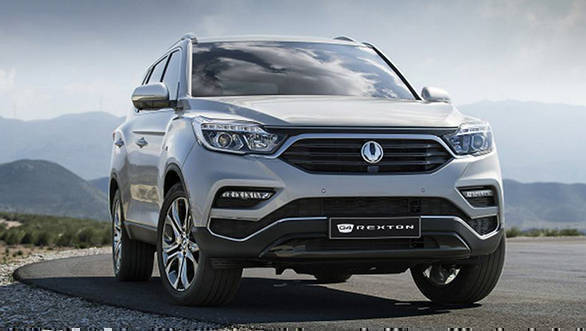