Former Ferrari mechanic, Nigel Stepney has died in a road accident. The 56-year-old had appeared to have pulled over onto a hard shoulder of the M20 at Ashford, U.K., when a delivery van struck and killed him on impact.

Stepney is infamously known for his involvement in the 2007 Formula One espionage controversy, also known as "spygate" or "stepneygate". The affair involved Stepney and McLaren engineer Mike Coughlan illegally trading secrets pertaining to their respective team's vehicle designs. Stepney was sentenced to 20 months in prison by an Italian court in 2010 but never ended up serving time. 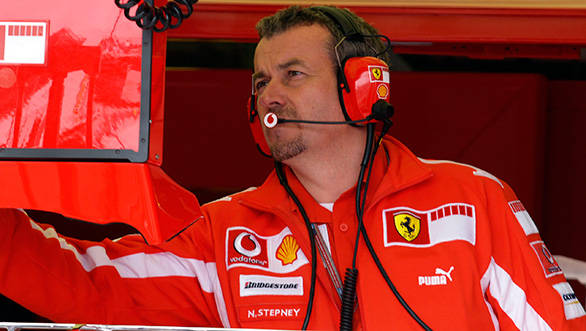 Before 'spygate', Stepney had a great F1 career. He had worked with Aryton Senna at Lotus and was at Ferrari when Michael Schumacher won five championships in a row between 2000 and 2004.

However, after the controversy, Stepney never worked in Formula One again. However he was still involved in motorsport. He moved on to working with sports cars and was an employee for JRM since 2010. He led the JRM Racing team to the 2011 FIA GT1 World championship with the Nissan GT-R GT1. His last focus was on the Nissan GT-R Nismo GT3, which won the 2013 Blanchpain Endurance Series Pro-Am Championship in the hands of Nissan GT Academy team RJN.