The all-new Yamaha YZF-R15 has been spotted testing once again, this time without any camouflage at all. The third generation YZF-R15 has been launched in International markets and it's set to make its debut in India, pretty soon. The motorcycle was snapped testing earlier as well and our detailed report brought you the differences between the International and India spec model. 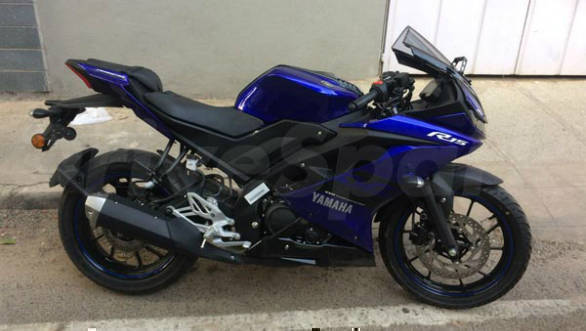 The new spy pictures suggest that the Yamaha R15 V3 will be available in the company's racing blue colours. This particular shade is also available in the bigger, Yamaha YZF-R6, that's currently on sale outside India. The rider's seat looks big and the step up to the pillion seat is not as high as the R-15 version 2's. The paint finish looks high quality, typical of a Yamaha motorcycle. As we've reported before, the India spec Yamaha YZF-R15 will not get the USD forks, that's available in the Indonesian version. This is to keep costs in check and help position the new YZF-R15 v3 at a competitive price. The absence of a sensor ring on the front disc suggests that the R15, initially, will come without ABS. Yamaha may offer ABS as an option at a later stage. 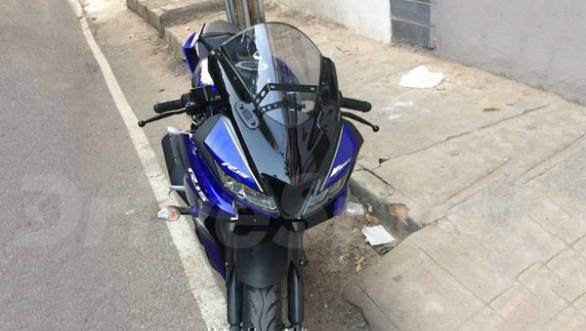 The new Yamaha YZF-R15 gets an all-new 155cc, liquid cooled, single cylinder engine that develops 19PS and 14.7 Nm. The engine is mated to a six-speed gearbox. The new YZF-R15 will get LED headlamps and tail lamps and digital instrumentation. 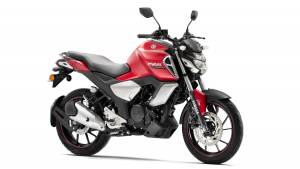 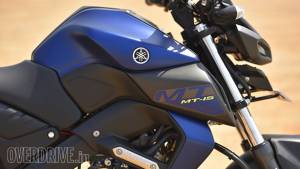 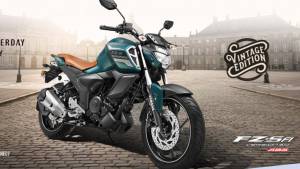 Yamaha FZS FI gets a Vintage Edition with BT...
Advertisement