We've just clicked  a few pictures of what looks like a new Yamaha motorcycle testing in India. Now,  there's talk of the company rolling out the MT-03,  based on the R3, in India.  But as the pictures suggest this is not that bike. A close inspection reveals that this test mule is powered by an air and oil cooled single cylinder engine. Which leads us to believe that it could be a 200/250cc motor. An Fz 200/250 perhaps? This machine has likely been developed in India with inputs from the Japanese R&D team. Yamaha may even manufacture this motorcycle in India and at a later stage, export them to other countries. 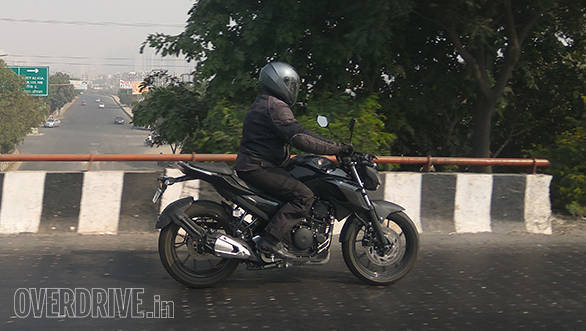 The styling certainly looks like an evolution of the current FZ.  The tank is larger,  while the rest of the body panels including the heat shield for the exhaust bear close resemblance to the 149cc motorycle. The tank extensions and the front guard are finished in matte black. The test mule has LED head and tail lights and what seems like a fully digital instrument panel. Upfront, there are 41mm forks and a monoshock at the rear. The disc brakes at the front and rear look like they are from the existing Yamaha motorcycles in India. 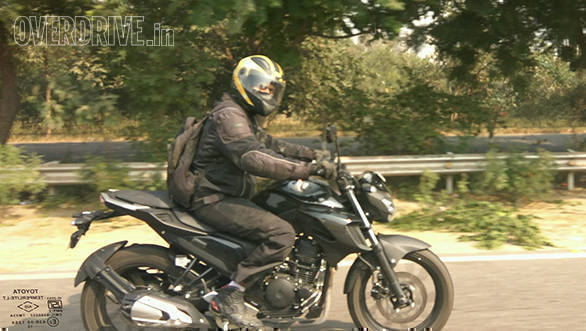 Yamaha has been busy adding scooters and commuters to its India portfolio for quite some time now.  Known for its performance machines, Yamaha enthusiasts would be happy to see a new bike bridge the huge gap between the Yamaha YZF - R15 and Yamaha YZF- R3.
Watch this space for more details