The design of the fairing is very similar to the Akula 310 concept showcased by TVS Motor at the 2016 Auto Expo. Although it retains the overall racy design cues from the concept, the production version was expected to have two seats. TVS engineers had revealed to us that the production version would get a regular trellis-style subframe. The reason being that steel subframe is affordable to mass manufacture and has the strength to carry the load of two passengers. In comparison, the TVS Akula 310 concept had a bolt-on aluminium subframe and an aggressive tail design inspired from race motorcycles. On the production version, TVS decided to refrain from offering an aluminium subframe as it would have substantially increased the price tag. 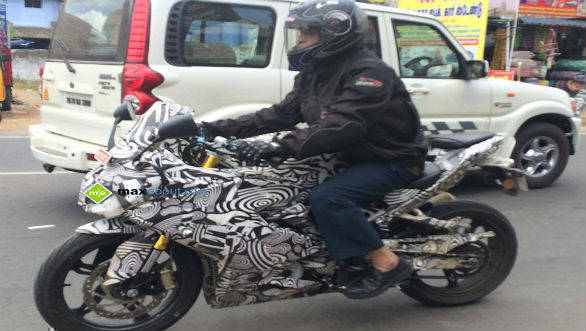 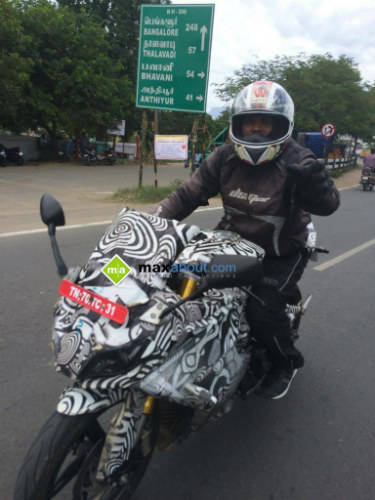 The pictures reveal that the production version will get USD forks at the front and a monoshock suspension at the rear. It will also come equipped with dual projector headlamps, clip-on handlebars, petal disc brake at the front and an LED tail lamp. The chunky exhaust on the test mules blend in perfectly with the motorcycle's overall sleek design.  The pictures suggest that the riding position won't be too aggressive. 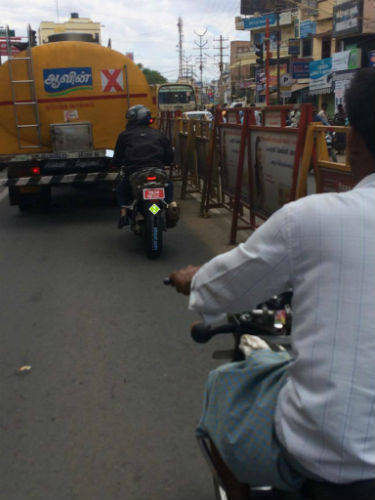 In 2013, TVS Motors and BMW had signed an agreement to co-develop sub-500cc platforms which will underpin different versions of their motorcycles. The Akula 310 is the first TVS product that has been jointly developed by both motorcycle manufacturers. Also, the Akula 310 is based on the BMW G 310R. We expect the production version of the TVS Akula 310 concept to be launched by March 2017. 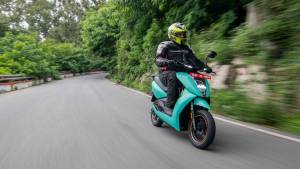