The upcoming Royal Enfield Continental GT 750 has been spotted testing recently in Chennai. The bike was sans any camouflage and devoid of any RE badging, except for the engine casing that was the only giveaway. 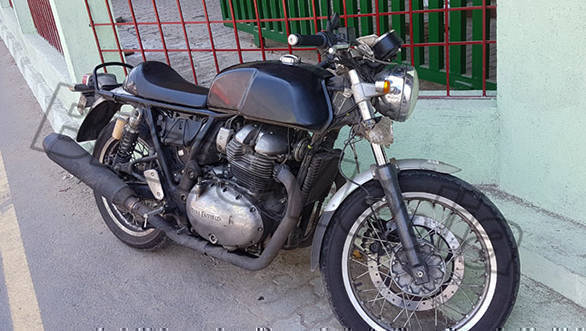 The images reveal the cafe racer styling of the new continental GT, which takes inspiration from the 535cc, 29PS Continental GT. We have seen this motorcycle in its full glory being tested before as well. The shape of the tank and the seat looks similar while the frame appears to be identical to the smaller Conti GT. The rear part of the frame, however, seems a bit longer.

The 750cc twin engine, expected to produce 40-50PS, has a nice smattering of chrome around the casings. The twin exhausts look cool, but the end cans are quite large. BS-IV emissions may have necessitated bigger cat-cons. RE has added a large oil cooler instead of going for liquid cooling in the Continental GT 750 (the expected name of this motorcycle). Reports also suggest that this motorcycle will come with Pirelli tyres. 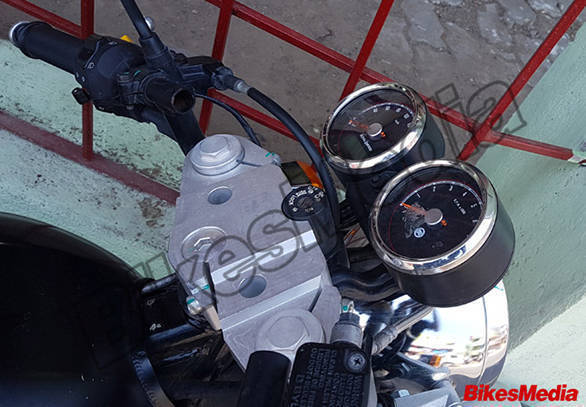 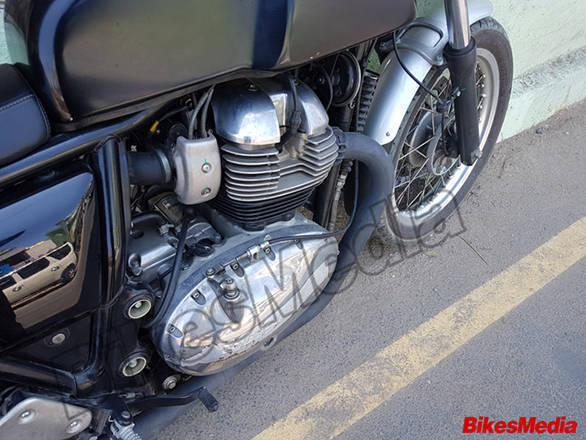 Notice the chain and sprocket are placed to the left of the motorcycle. The front suspension is a conventional, right-side up format while twin gas-charged shocks are present at the rear. The bike gets a single disc brake upfront and at the rear wheel. We expect RE to offer ABS as standard on this motorcycle. There is quite a buzz about Royal Enfield's new model as fans have been eagerly waiting for a motorcycle with higher capacity from the British marque. Expect the motorcycle to surface in production form in EICMA 2017. 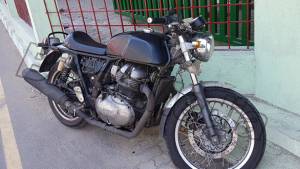 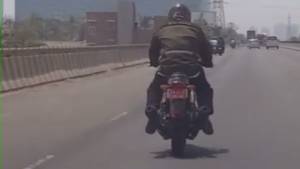